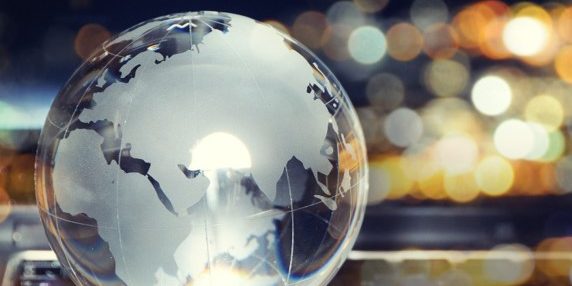 Markets have remained resilient during the first few months of 2017, especially compared to the turbulence that 2016 brought with the shock election of Donald Trump as president of the US and the UK’s referendum vote to the leave the European Union. Investors have shown a strong appetite for stocks and emerging market assets are also back in vogue.

Europe on the up-and-up

The news from Europe has been surprisingly positive this year, with green shoots of growth in the eurozone and centrist, pro-European Union (EU) parties comfortably beating right-wing populists in the Dutch general elections as well as the French presidential elections. Markets will no doubt be cheered this week that Emmanuel Macron won out over his far-right rival, Marine Le Pen to become president of France.

Economic data from the eurozone economy is also heartening. With a quarterly growth of 0.5% in the first three months of the year, it has overtaken UK growth for only the third quarter since the eurozone crisis. Inflation is starting to rise across the region, good news for the European Central Bank’s inflation targets.

However, German elections later this year and the possibility of elections in Italy could bring further shocks to the European Union. Parliament in the UK has also approved a snap election for June 8, which is likely to give prime minister Theresa May and her Conservative Party a larger parliamentary majority.

An escalation in rhetoric around the Brexit negotiations from both the EU and the UK also highlights that at least two years of difficult talks are yet to come. The outcome is uncertain, and we can probably expect a bumpy ride as investors try to assess how the UK’s relationship with the EU and the makeup of its economy will change once Brexit is complete.

Emerging markets back in favour—for now

There is a ‘rising tide lifting all boats’ in emerging markets, despite bad news in many key countries. For example, the Turkish lira rallied in April despite moves from the increasingly autocratic President Recep Tayyip Erdogan to seize more power for his office. And Brazil’s markets have also performed relatively well, despite fresh corruption scandals.

Global investors have more appetite for risk and are searching for yield. Positive news out of China—always good for commodity-producing emerging markets—has also helped. But that does not mean that we should be complacent about the risks that emerging markets face for the rest of the year. They will be vulnerable to any shocks in the world economy, and each of them faces serious domestic challenges.

President Trump has not had an easy ride in his first 100 days in office, struggling to get his laws passed and initiatives approved. He scored a significant victory in early May when the House of Representatives passed a new health care bill to replace Obamacare. The next target in his sights is tax reform.

US stock market performance remains robust, with Nasdaq entering May at a record high and the S&P index within a hair’s breadth of its record high. Job growth and wage increase data for April were also strong, which may pave the way for the Federal Reserve to raise interest rates next month. Nonfarm payrolls probably increased by 185,000 jobs in April.

We focus on quality and diversification

The global political and economic landscape remains unstable. Could we face shocks from President Donald Trump leading his country into a trade war with China or a military engagement with North Korea? Will the elections in several European Union countries and the Brexit separation talks proceed smoothly or will they be tumultuous? It’s hard to say, but any event that spooks international investors could dampen appetite for risk.

As always, our approach is not primarily driven by forecasts about how geopolitical events will play out, but rather to build well-constructed and diversified portfolios based on more predictable criteria. This helps protect and grow our clients’ portfolios with greater certainty over the long term.