The justices deliver accountability – at last 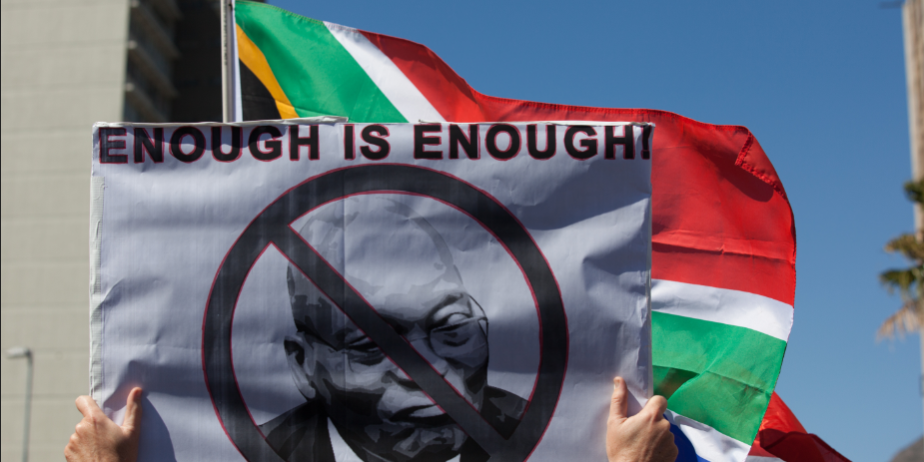 An introduction by Dynasty Founder, Barry Dubb: The Constitutional Court ruling sentencing former President Zuma to 15 months in jail will probably only result in him sitting for 4 months with parole for good behaviour. On the one hand, the assertion of: the rule of law in the judgement; the principle of equality before the law; and constitutional sovereignty are only positive and contribute to confidence in SA’s maturing dispensation.

On the other hand, the sentence adds another dynamic to the ANC’s internal factional battles. It is leading to the Zuma camp fusing with the RET faction and both will use the ruling to mobilise support within the ANC and the branches of the ANC with an eye on the Elective Conference next year.

Such mobilisation might take the form of peaceful protest surrounding the entering and then exit of police cells and prison with the objective of claiming the moral high ground while presenting Zuma as the victim. Alternatively, the protests and mobilisation may be in support of Zuma’s defiance in handing himself over for incarceration. This will lead to confrontation and even violence as the police has no legal option but to take him into custody. Both of these scenarios present fertile opportunities for significant mobilisation of anti-Ramaphosa and reform sentiment within the ANC.

This could prevent reform gathering momentum based on the SAA and 100MW energy generation breakthroughs. It could also halt the momentum of the power balance in the NEC shifting towards Ramaphosa. As the cliché goes, “a week is a long time in politics”.

For more analysis on this topic, you can also read the below article penned by Ivor Sarakinsky- Professor at the  Wits School of Governance and Dynasty’s primary consulting political analyst.

(The article first appeared on News24)

Former President Zuma was sentenced to 15 months in jail by the Constitutional Court. A momentous and epoch changing decision by the Justices who have placed our fragile Constitution and democracy on a firmer footing.

It’s a decision that will also inspire some hope and which will help us all navigate the present and future with a glimmer of optimism. For so many years, Zuma’s cocking a snook at the legal, constitutional and democratic order with impunity, resulted in a fundamental decline of public trust in our hard-won democracy.

Stalingrad log rolling, obfuscation and semantics created a perception climate that the political elite is immune from accountability. All you needed were bags of money and time to bog things down in process. The ongoing Zondo Commission contributed to this as accountability evaded those who were embarrassed there and in public. At the stroke of a pen, accountability has been delivered. Not just that, but the tone and metaphors of the judgement make it quite clear that the conduct that brought the Court to this decision posed a grave threat to South Africa.

It is a cliché that the wheels of justice move slowly, but move they do.

But this is the first step in holding Zuma to account. The next step is to enforce the order and take him into custody, a symbolic event of immense significance. The grandstanding will begin at that point with the mobilisation of supporters fusing with the Radical Economic Transformation faction of the ANC.

Many of those personalities face their worst fears now that the Court has spoken. It has set a precedent that may well contribute to their future incarceration. They will fight to undermine and belittle the ruling and the Court itself. Relief that justice is taking its course should not dull the need for even more diligence in pursuing accountability and the defence of our democratic dispensation.

The perpetual victim, Zuma, subject to all kinds of imagined heinous plots and schemes, will not take responsibility for his actions. Beware a change in tactics from Stalingrad to Scorched Earth-if I go down, I take everyone with me. That is how high the stakes are now. The other side of the coin is that we will now see exactly how much support Zuma and his merry band have in real time.

The security agencies, castrated as the Zondo Commission has revealed, will now have to assess these and other threats as an additional political dynamic complicates South Africa’s already intricate and multifaceted environment.

Certainty in one dimension, the legal Constitutional, creates uncertainty and risk in another. The ramifications and repercussions of State Capture will be with the country for many years to come.

This week’s Constitutional Court judgement is a beacon in a storm, giving us the direction. All of us now need to find the best route and means to resuscitate our declining constitutional democratic order.

Professor Ivor Sarakinsky has been Dynasty’s primary consulting political analyst for some years now. He is a Senior Lecturer at the Wits School of Governance and holds a PhD in Political Studies from the University of the Witwatersrand. His teaching and research interests include political philosophy, comparative and South African politics, public governance and the green economy.

He has achieved much in his career — for example he was an expert for the ANC’s legal team in the Idasa case; previously served as Chief Director in the Economic Development Department, and his work has been published in reputable international scholarly journals as well as the EISA Election Update 2014.