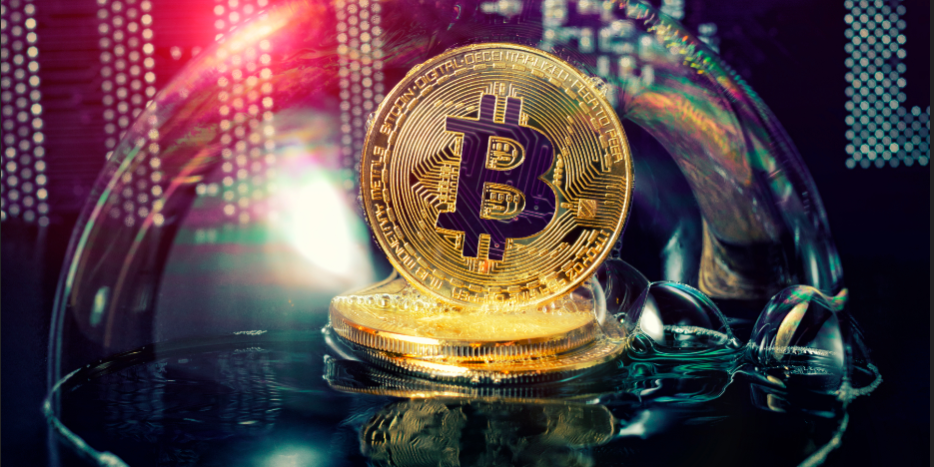 Retail investors’ interest in cryptocurrencies has again exploded over the past year, with Bitcoin’s rollercoaster ride during this period prompting many to ask what role digital currencies may play in the future. Some of our clients are curious about whether cryptos will one day evolve into a viable alternative to fiat currencies or to inflation-hedge assets such as gold. To address this question, Dynasty’s view on the investment case for cryptocurrencies is set out below.

At this moment, the volatility of the cryptocurrency sector means that it’s really only for those with a strong resolve and an even stronger stomach. We’ve seen Bitcoin shoot up from around $9,000 in June 2020 to touch highs of near $65,000 in April 2021 – before collapsing in value to around $30,000 in June this year. There is speculation about whether crypto is now in a ‘death cross’ pattern that will see more losses accumulate in the months to come.

This level of price instability reflects the many uncertainties in how exactly digital currencies and assets will mature in the years to come. On the one side, we’ve seen developments such as the Coinbase IPO, Ark Invest’s plans to create a bitcoin ETF, and El Salvador’s desire to make Bitcoin legal tender give cryptos a semblance of growing mainstream acceptance.

Yet, on the other hand, Chinese regulators have continued to tighten the screws on Bitcoin and Bitcoin miners, while financial authorities in the UK have banned Binance, one of the largest crypto exchanges in the world, from undertaking regulated activity in the country. Then, of course, there is Elon Musk, whose posts on Twitter have on more than one occasion moved the crypto market.

Musk gave Bitcoin a major boost in February by announcing that Tesla had bought $1.5 billion in Bitcoin and would accept it as payment for its vehicles — only to later say the company would discontinue accepting Bitcoin until at least 50% of energy consumed in mining and transacting with the digital currency is produced via renewable energy.

Up in the air

As these developments show, regulation of cryptocurrencies is up in the air. One of the major questions that remain to be answered is how major regulators and central banks in Europe and North America will treat decentralised digital currencies in the years to come. Will they find ways to regulate cryptos, thereby transforming them to mainstream?

Or will they seek to stamp decentralised cryptocurrencies out altogether, in favour of promoting central bank digital currencies (CBDCs) that are issued and controlled by central banks? The answer is unclear, yet it also seems apparent that governments, financial regulators, and central banks will not allow the current wild west scenario in cryptos to last forever. Certainly, they have valid reasons for concern.

The environmental impact of cryptos is significant, with Bitcoin consuming 130 terawatt-hour of energy a year, more than Argentina or Norway. With a global concerted push to reduce carbon emissions, cryptocurrency proponents will need to come up with a compelling answer to this challenge. The role of crypto in money laundering, tax evasion and ransomware is also under scrutiny.

At Dynasty, we believe that digital currencies and the blockchain — the distributed ledger technology behind cryptos — will play a key role in the future of finance. From maintaining asset registers to automated financial trades and settlements, we can envision many possible applications for blockchain. It is not yet clear, however, whether Bitcoin or any of the other currently existing cryptocurrencies will ultimately win out.

The smart money is on governments, banks, central banks and regulators protecting their turf. As such, we agree with Terry Smith of Fundsmith when he says that there is no investment case for Bitcoin. As yet, there is no basis on which to value Bitcoin or most of the other emerging cryptocurrencies. You are instead betting that Bitcoin will be worth more in the future than today because of finite supply.

Given how immature digital currencies and regulation of crypto are right now, any bet on Bitcoin is pure speculation. It’s certainly possible that Bitcoin could evolve into ‘digital gold’ or become the digital currency of choice because of first-mover advantage. It’s equally possible that its value could plunge to near-zero as it is eclipsed by CBDCs or a technically superior decentralised cryptocurrency.

With this risk profile, cryptocurrencies cannot be regarded as a mainstream asset class. That doesn’t mean investors necessarily need to avoid it completely, but rather that they should have their eyes open if they choose to speculate. No one should put money into crypto that they would miss if they had to lose it all; for now, the risks are much closer to gambling than making an informed investment.

The Justices Deliver Accountability, at Last