SA Politics: More of the Same and Newton’s Third Law 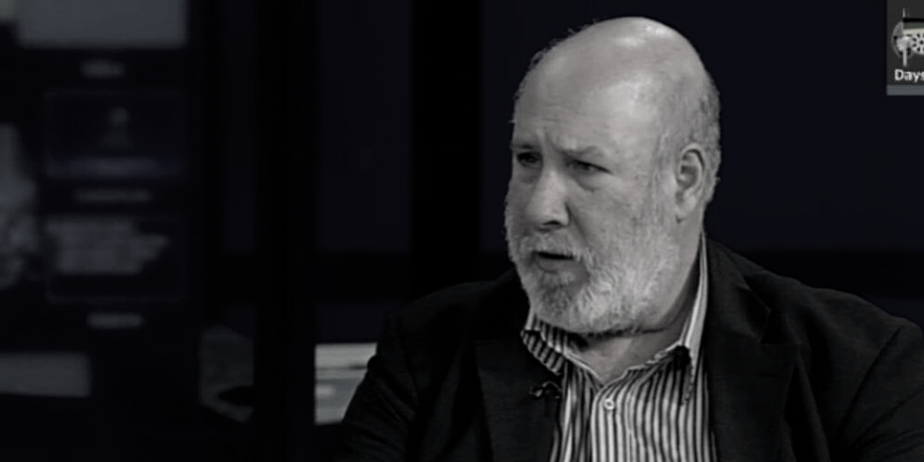 This article was written by Professor Ivor Sarakinsky – bespoke for Dynasty clients.

The clichés of a crisis being an opportunity are doing the rounds at the moment with Covid-19, directly and indirectly, bringing South Africa to a near standstill. Crisis also exposes and amplifies deep-seated fault lines in society that no longer can be glossed over. This is the other side of the Covid-19 coin. Both sides, opportunity and the naked truth, mutually impact on each other in complex ways.

The fiscal and economic decline of the crisis created an opportunity to restructure the economy and drive through many reforms hinted at and attempted during President Ramaphosa’s time in office. What happened to Finance Minister Tito Mboweni’s proposals to reform the economy? Similarly, the vicissitudes of policy on State-Owned Enterprises (SOEs) under the leadership of Pravin Gordhan have reached near schizophrenic proportions. The on-off liquidation / rescue / bailout / new airline narrative is not just disappointing. It reveals more than intended about the political dynamics, power balances, and power plays within the ANC and Government. 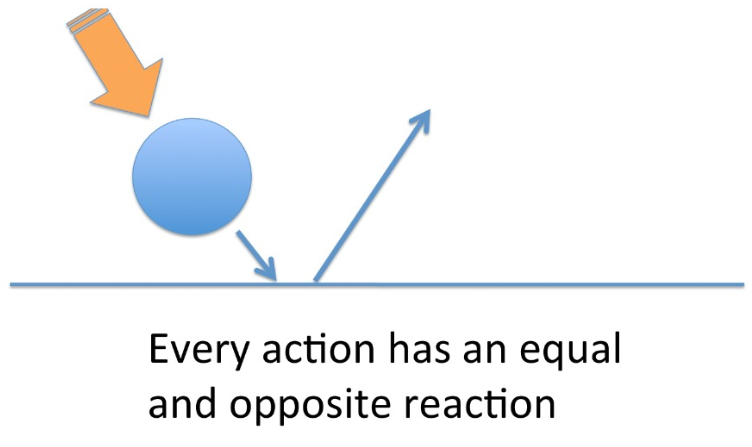 As Newton’s Third Law declares, for every action, there is an equal and opposite reaction. This Law of Physics applies to politics generally, but it is especially relevant to the ongoing, protracted, factional battles within the ANC that then have repercussions throughout Government and the country. Ramaphosa’s reformers attempt to drive policy reform pre and during Covid-19 has met with swift pushback from the Radical Economic Transformation (RET) group. Policy reform to drive economic growth while addressing a growing government debt burden partly related to SOEs has almost disappeared. The policy and execution failure leads to confusion, stasis, despair, and lost opportunities.

The groupings of Reformers and RETransformers are loose alliances of people within the ANC, Government, Cosatu, and SACP. There is fluidity in these associations as individuals position themselves for tenders, status, and position. If ever the cynical phrase “my enemies enemy is my friend” had currency, it is now and the EFF chips in on the side of the RET faction every now and then, reminding everyone that it is still around. These groupings are not easily if at all linked to the clearer divisions in the lead up to the 2017 ANC Elective Conference where the camps and members were clear in their support for or against former President Jacob Zuma. Now, it is more like a Hobbesian “war of one against all”.

This dynamic is evidenced in the flip-flop  ̶  smoking is legal to smoking is verboten, fiasco in the context of the Covid-19 regulations. Ramaphosa announces the retailing of cigarettes and three days later that official public statement is rescinded. Something happened in that time that reveals much about the power dynamic within the ANC and how it plays out in Government policy. Ramaphosa is a consultative President, a good thing, and would never have gone public without a consensus in the National Corona Command Council (NCCC) on this.

However, the NCCC, in terms of the Disaster Management Act, may only advise Cabinet. Cabinet decides the issue and the NCCC then promulgates the decision. The NCCC is chaired by COGTA Minister, Nkosazana Dlamini-Zuma, an avid anti-smoking activist and candidate for ANC leadership in 2017. The NCCC is not the full Cabinet, it only has 19 Ministers as members. This means that the consensus result in Ramaphosa’s public address was reversed when the full Cabinet met. The extra Ministers involved in the Cabinet discussion may have contributed to the change in direction. This indicates clearly that Ramaphosa’s support in Cabinet is uneven and his reformers may even be in the minority. Mboweni’s angry statements on Twitter are indicative of this. Noteworthy is that the ANC NEC chastised Mboweni, not the President who leads Cabinet.

As President, Ramaphosa has the legal and political power to overrule Cabinet and could have stuck to the retailing of cigarettes. That he chose not to use that power is significant. It suggests that his slim 2017 victory continues to ensure that his control of the ANC is at best tenuous. He is, by nature, a conciliatory leader who is more comfortable governing by consensus rather than edict. The factional line up in Cabinet, supported by the ANCWL, ANCYL and MKMVA (supporters of the tobacco ban), means that Ramaphosa is subject to ANC quagmire politics that bog down reform and rational policymaking. Lastly, at the back of his mind, might be the chilling thought that he could be the one who splits the ANC and that is a risk not worth taking.

While recent events are indicative of the push-back Ramaphosa is experiencing from the RET camp, he is the beneficiary of the cancellation of the ANC’s National General Council (NGC) that was scheduled for June. All expectations were that he would receive a hostile reception, challenging him on a whole range of actions not taken to implement 2017 policy decisions. Instead of removing him from office, something the NGC cannot do, the idea was to weaken him, making his leadership vulnerable in the 2022 Elective Conference. While the NGC would have given observers a clearer insight into his and his reformers’ political strength, recent events provide a picture of cautious defensiveness-clearly the result of a power stand-off within the ANC.

Does this mean that Ramaphosa will be a one-term President? Many analysts have pondered this question since 2017. There are three scenarios here: First, his “long game” is eventually successful, and he is able to marginalise and isolate his opponents and win control in 2022. This would enable unobstructed reform action. Second, his opponents swing the critical mass of the ANC and the alliance partners away from Ramaphosa and a new ANC President is elected who then might become State President in 2024 if the ANC retains its Parliamentary majority. Third, a weak Ramaphosa is bad for reform but good for the RET faction. They benefit from stasis as long as they can do their business as usual. Furthermore, it benefits them to have him at the helm with the international and business credibility that he carries. The country grows sufficiently but without the wings of the RET lot being clipped resulting in ongoing policy turbulence and protracted infighting.

It’s a toss-up which of the three is most likely, but, in terms of events over the last nine months, the third option is looking increasingly possible. In a fluid environment, this may change again.

There is a possibility of Ramaphosa being a one-term President and this means that a risk scenario has to scan the horizon to identify the possible successors in the short-term. In terms of ANC politics, a woman will start this race with a keen advantage and that means that Water and Sanitation Minister, Lindiwe Sisulu, is a contender. Her position is bolstered by her family history, and the reports of her appointing advisors to run her campaign are suggestive but not clear evidence. Nkosazana Dlamini-Zuma is not a contender. Current Deputy President, David Mabuza, is also unlikely to be a contender as he is the victim of his own success  ̶  when you play both sides, nobody trusts you. With so many clouds over his head, ANC Secretary-General, Ace Magashule, is also an unlikely candidate  ̶  he is more comfortable with behind the scenes machinations, and scrutiny of President Ramaphosa post-Zuma will make his life rather uncomfortable in full public glare. Minister of Health, Dr Zweli Mkhize’s star has risen dramatically as the leader of the health response to Covid-19. It is easier to indicate who is not in the running than to speculate on who is the frontrunner.

In the short and medium-term, the ebb and flow of ANC factional battles will impact on policy and its execution. Progress will be uneven and unpredictable and only a case-by-case analysis will enable clearer predictions on the future of specific sectoral policies. Instead of clear and decisive action, there will be vicissitudes and flip-flops as the power dynamic plays itself out. This is illustrated in the public statements and conduct of Minister of Police, Bheki Cele who is now totally against the sale of liquor, a position that will not stand the test of time. Similarly, the economic policy under the control of DTI Minister, Ebrahim Patel is unpredictable  ̶  remember the roast chicken debacle and now the clothing-type red tape under Level Four lockdown.

These and other Ministers, such as Social Development Minister, Lindiwe Zulu (watch the contracting for the payment of increased social grants), have significant power to drive policy and are doing exactly that. It is difficult to say where they, except for Zulu, fit in with ANC factional politics. As they develop their power bases in the police and trade unions, they become useful to the factions and thereby can choose the best deal on offer to them. That is the price of a President whose leadership style is to consult rather than impose. This makes it difficult to predict what economic policy reforms might be expected, at least in the remainder of Ramaphosa’s first term. It would seem that nationalising the Reserve Bank and land expropriation without compensation are on the back burner for now. There are far more pressing issues such as financing business support and grants to citizens in response to Covid-19. These priorities will influence policy for many years to come as South Africa strives for some sort of recovery.

Opposition political parties are facing their own challenges in the turmoil of Covid-19. The EFF, besides supporting a ban on cigarettes on the same days as the ANCWL, has been remarkably quiet. Are they playing a long game to sit back and then try and amplify populist politics playing on the hardship caused by lockdown? More likely, the complexity of Covid-19 and its social and economic consequences has exposed the shallowness of their populism and they find themselves in a new environment where the old rhetoric does not apply. The DA has a much higher public profile, and this is partly shaped by its own internal leadership contests due to delayed elections caused by Covid-19. From supporting Government, to challenging Government, to ditching its scaled relaxation approach to lockdown for complete opening up, the leadership and policy fault lines in the DA have also been exposed. Will appeals to freedom and businesses opening lead to winning back lost support? By-elections and then the 2021 Local Government Elections will answer that question. But it seems as though the DA has not been able to grow support in meaningful numbers outside of the suburbs.

The promise of decisive, reform-oriented action to drive economic growth and social development within a broad response to the Covid-19 crisis has disappointed. Internal party strife has resulted in the ANC and Government fumbling the opportunity to position South Africa in a post Covid-19 world. One step forward and two steps back is the pattern caused by the factional line up of forces in the ANC alliance. The new normal is not just social distancing and regular hand washing, it’s also functioning in fluid and unpredictable policies and politics. Paraphrasing Bill Gates, “Get used to it”.