Rand strength has surprised, but is unlikely to be enduring – as history shows! 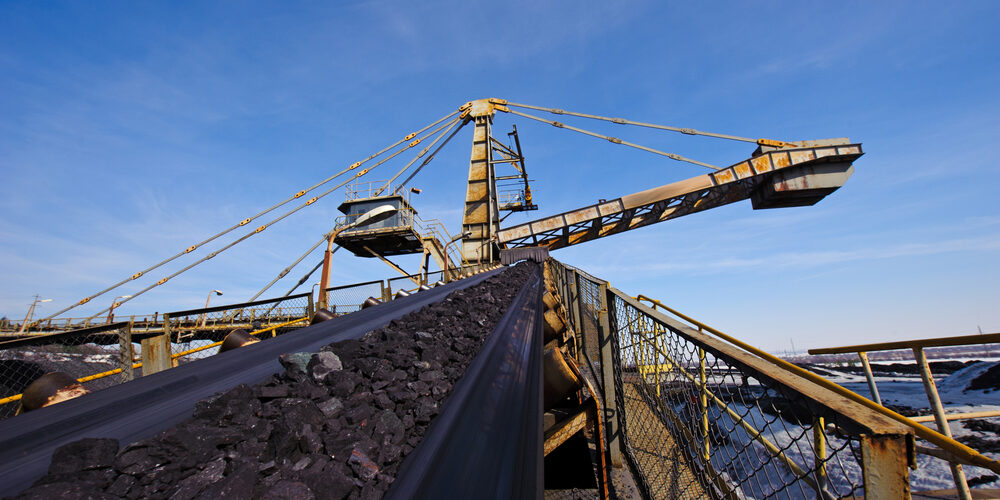 With international markets facing headwinds in 2022, one would have expected the rand to be on the back foot. After all, rising interest rates in the developed world, growing inflationary pressures, “risk-off” due to the war in Ukraine, and sanctions on Russia would all seem to point to international investors gravitating towards safe haven assets.

Indeed, most emerging market (EM) currencies that are not commodities-driven have weakened slightly against a basket of developed world currencies in the first months of the year, which is to be expected in an environment where the US has taken the lead to combat inflation by initiating an aggressive rate-hiking cycle. Many EM Currencies are trading at a discount to fair value. In such circumstances, the rand usually weakens more than its EM peers because it is a high beta currency.

Commodities give the rand wings

Like other commodities-fuelled currencies such as the Brazilian real and the Australian dollar, the rand has received a welcome fillip from soaring commodities prices. The S&P Goldman Sachs Commodity (S&P GSCI Index) ended 33.1% up for the quarter – largely on fears of supply disruptions from Russia and Ukraine, and the contagion effect on the global economy. As a result, high global inflation is likely to be more persistent than a more “transitory” outcome that would have been possible pre-war.

The war has ramped up a trend we saw in 2021 as inflation started to roar back amid pent-up consumer demand and global supply chain issues, which contributed to the South African Revenue Service enjoying a boost in tax revenues from commodity exports.  This, in turn, meant the South African government ended the last tax year with less debt than it might otherwise have done, with the improved fiscal metrics being favourably received by the Ratings Agencies.

There are other technical factors helping the rand in the shorter term. In a risk-off environment, many foreigners are unwinding their South African bond holdings. However, most of them had currency hedges on their positions, meaning that their banks have needed to buy rands to unwind them. The question is what happens next? History offers some clues.

Some clues from history

Based on a proprietary formula sourced from Dynasty’s research partner, Analytics Consulting, the rand at R14.60 was trading at a 9% premium to dollar at the quarter end. As the Analytics chart below shows, the extent of this premium hasn’t occurred very often over the past 10 years. Moreover, the chart shows that the rand spends most of its time at a discount to fair value, and that the levels of periodic weakness are much more pronounced than the periods of relative strength. Looking ahead, we would expect the rand to come under significant pressure in the event that there is increased market volatility, or when the commodities cycle tapers off. 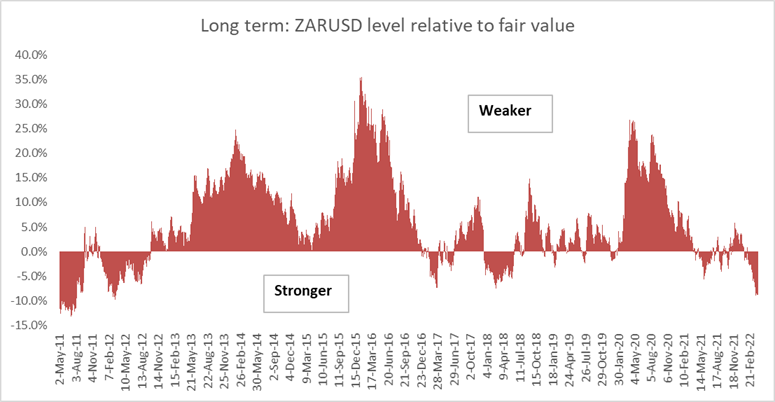 What’s more, we do not believe the fundamentals of the South African economy justify a premium value for the rand. Like every other country in the world, we are likely to see economic growth dampened by higher inflation and rising interest rates. This will compound the fragilities of an economy that is already underperforming, thereby increasing South Africa’s risk of civil unrest and more pervasive populist politics.

In summary, short-term tailwinds for the rand won’t last forever. If commodities prices were to fall, the value of the rand will be subject to sudden correction. In fact, the currency could even over-correct, should the past offer an accurate guide. Irrespective, we can expect the buying of rands to unwind bond positions to come to an end fairly soon.

Our final point is one that we often make about the rand: During times when the currency is trading at a premium to the dollar, the levels of domestic political risk South Africa faces are often not priced in. Financial mismanagement by government, a lack of structural reform and a deeply polarised ANC are not conducive to a high road outcome. As we approach the ANC elective conference later this year, tensions within the ruling party are likely to escalate with a strong possibility of accompanied violence.

While president Cyril Ramaphosa is widely expected to win a second term as president of the ANC – followed by a second term of head of state – we should not underestimate the chances of a political upset, or more likely, a scenario of continued impasse whereby party unity is placed above the interests of the state. We are, after all, in the hands of only approximately 5 000 ANC branch members, who themselves will choose the next group of ANC leaders. The Radical Economic Transformation faction is already mobilising its candidates – turbulence may lie ahead.