Is inflation moving from transitory to more persistent? Developments in Ukraine and China will be the deciding factors 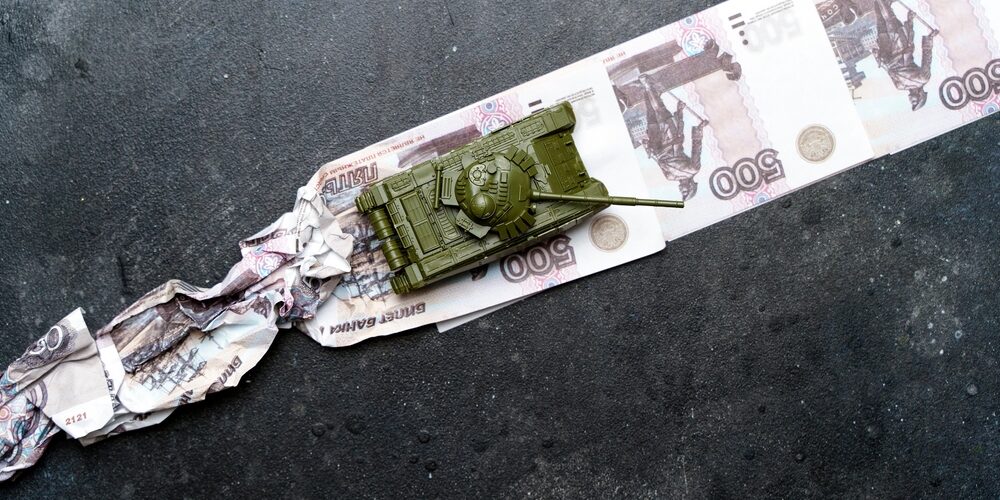 In one of our first communications in January, we indicated that inflation would be the big story of 2022. Even before war broke out in Ukraine, there were indications that the nature of inflation in the US and the rest of the world was shifting from transitory to persistent. And this, as we predicted, would prompt the US Fed and other central banks to ratchet up the pace of interest rate hikes over the year to come.

Decades-high inflation numbers and the conflict in Ukraine led to a most volatile first quarter. In the first few days of 2022, the Fed confirmed its commitment to contain inflation by raising interest rates, thereby marking the end of an unprecedented era of cheap money. Markets reacted quickly to the announcement, with the MSCI World declining 9% in the ensuing three weeks. Then, although markets began a recovery in February, Russia started to build up forces on Ukraine’s border ahead of an invasion.

War broke out on 24 February, with the MSCI down 10% year-to-date at the time. Commodity and energy prices spiked. Brent crude topped $130 per barrel as the rest of the world imposed an array of sanctions on Russia, one of the world’s major exporters of natural gas and oil. The resulting additional inflationary pressures prompted further equity and bond sell-offs, with the MSCI declining a further 3.2% by 8 March.

The Fed sought to calm markets by communicating that it would raise interest rates by only 25bps in March, and not by 50bps as some analysts speculated. Even so, the Fed faced the unenviable task of reducing already high inflation (7.9% year-on-year) by hiking rates, while also needing to be cognisant of slower economic growth, or even stagflation as an outlier.

There are several unknowns that will determine how inflation will shape the rest of the year. Much hinges on how long the Ukraine conflict drags on, the way in which it disrupts supplies of commodities and agricultural produce, and the nature of any new sanctions imposed on Russia. With Europe’s deep reliance on Russian oil and gas, Russia has managed to hold on and protect the value of the ruble, which currently trades at levels stronger than immediately prior to the onset of the war.

If Russia has the appetite for a prolonged conflict and increased isolation from the West, the potential economic fallouts will include further deglobalisation, resultant trade disruption, increased military spending, and less energy security. None of these impacts can be construed as positive for the global economy, while they also portend a more protracted inflationary environment.

There are also growing concerns about how China’s zero-Covid strategy may cause further inflationary pressures. With China shutting down major cities to contain soaring infection rates, further supply chain disruptions are on the cards. It’s worth remembering that this was where concerns about inflation started during the Covid pandemic – with shortages of Chinese manufactured components, such as computer chips.

This creates a picture where we are expecting a stronger dollar, a further 50bps US rate hike in May 2022, with another four to six rate increases to follow during the course of the year.

Although inflation may not yet have peaked, we anticipate a post-war environment under which there will be a ‘new normal’: Globalised trade, but with an increased focus on national self-preservation and an independence on essential supplies. Should this be the case, elevated inflation at around the 8% level would be less permanent and stabilise at more acceptable levels of between 3 and 5%.

It is perhaps interesting to conclude this point with an observation from previous energy crises: Supply can rapidly increase when prices rise – high prices tend to find their own cure! For more insight as to how our highly favoured quality investment philosophy is positioned for higher inflation, please reference the relevant video in the selection of Fundsmith extracts.

On the local front, the rand and markets have benefitted from the commodities windfall. This has given SARS collections a boost and prompted rating agencies to upgrade their outlook from negative to neutral. The rand gained 8.4% against the dollar for the first quarter, leading to the currency trading at a premium to our fair value model as at the end of March. This is in contrast to other non-commodity exporting emerging market currencies that were trading at a discount to our fair value as at month-end.

The JSE ALSI was up 2.4% in rand and 11.8% in US dollars for the quarter, reversing a portion of the underperformance against global markets from 2021 and indeed the last decade. This despite Naspers and Prosus, the largest combined weighting on the ALSI, ending the quarter down 32.7% and 39.2% respectively on concerns around regulatory risks facing Chinese tech companies.

We foresee that South Africa will soon start feeling the effects of inflation more intensely. Although our portfolios were not structured to benefit from the stronger rand and the JSE’s outperformance we saw this past quarter, it’s our conviction that these trends will not be sustainable. (Refer to our article on the rand strength for further insights).