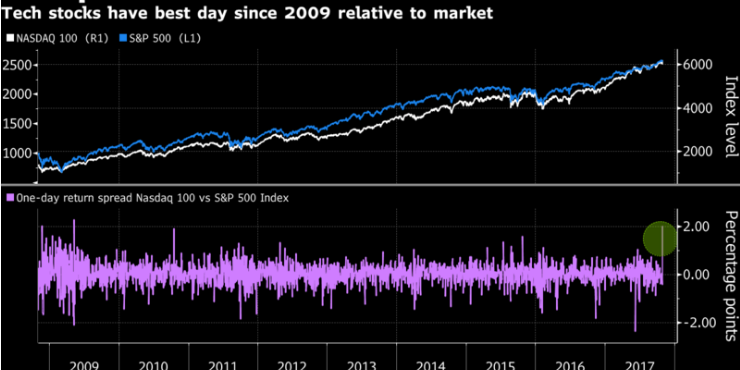 Last week Friday, 27 October 2017, American tech had an incredible day with the Nasdaq Top 100 companies adding $200 billion in market cap. Amazon, Microsoft, and Alphabet Inc. were some of the big performers. The South African ALSI had strong returns, but it may not be as healthy as it seems.

The JSE All Share Index has been performing well in 2017 gaining around 20% after a period of disappointing returns, but what does this really mean? There are top performers like Naspers (73.9%), and Richemont (44%), which have enjoyed remarkable year-to-date performances, but what has become evident is that these rand hedged companies are masking the performances of SA Inc. exposed companies. Out of the ALSI Top 40, only 11 have outperformed the Index while 29 have underperformed and almost half are negative year-to-date.

Participation in this growth is limited and should be an alarm bell regarding the health of the South African economy.