Looking for long-term returns in a volatile world 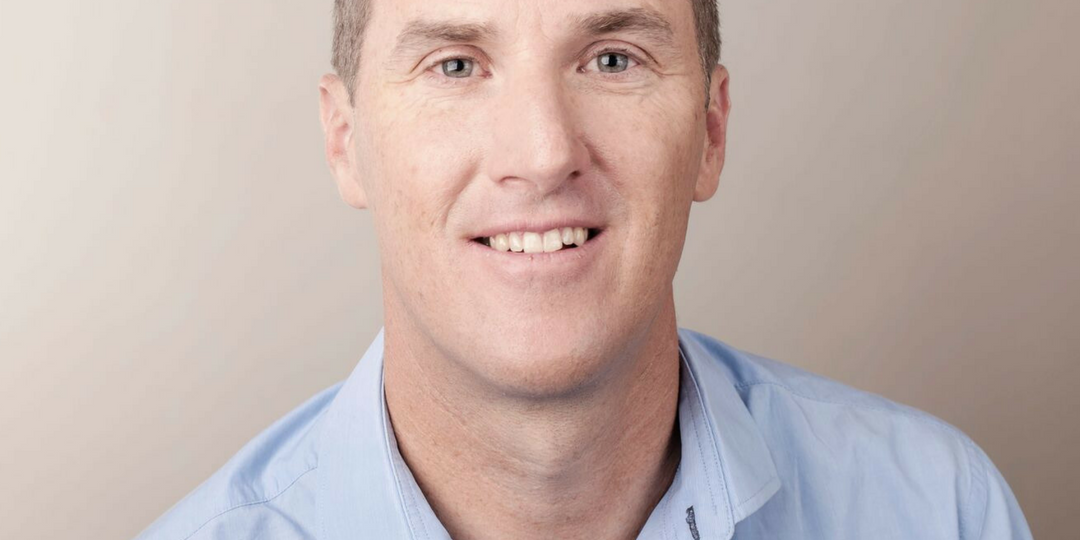 His point is simple: You cannot predict what the markets will do, but apart from uncertainty itself, another thing you can count on is that stock market returns over the long term will outperform cash.

“If you leave [cash] in your pocket, it’ll become worth less – not worthless –worth less over time,” said Buffett. Cash returns may be fairly consistent — less volatile than stock market performance — but they lag the growth that one can get simply from tracking the performance of a leading stock market index over ten years or more.

To illustrate this point, let’s look at the performance of the Standard & Poor’s 500 between the financial crisis of 2007/8 and early 2018: 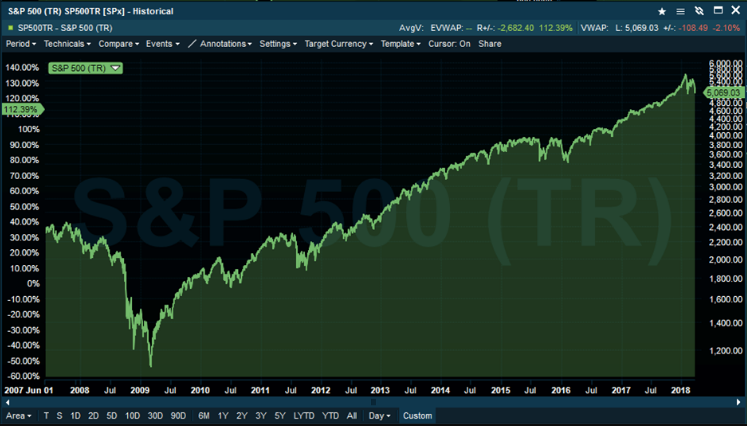 As this chart shows, the index lost nearly 60% of its value at the bottom in the financial crisis but showed a full recovery by 2012 or so. Though there were other blips between 2007 and 2018—the Eurozone crisis in Greece and the Brexit vote in the UK, for example—these dips look insignificant in a chart that shows strong growth resuming after each short-term setback.

An investor that bought at the top of the market just before the crash (which represents terrible timing), and remained invested would still be around 130% up by early 2018. For illustrative purposes, cumulative US inflation (we’re using this as a benchmark because we report in US dollars) for the decade was around 18.9%. If you’d kept your money in US dollar cash in a decade where interest rates were low, you would have only grown your capital by a cumulative 10%.

Looking at a 30-year snapshot of the market, the effect is even more pronounced:

If you’d bought into the S&P 500 30 years ago and stayed invested throughout the dot-com bust and other market crashes, your investment would be up more than 1,800% by early 2018, despite the fact that you earned zero return in the 10-year period between 2000 and 2010. Cumulative US inflation for the three decades was around 53%. If you’d kept your money in cash, your capital would have grown by some 60%.

Of course, there are some investors who try to sell stocks when the market peaks in order to switch to bonds or cash just before it craters, or buy stocks when they appear low to reap higher returns. This strategy is called timing the market, and very few fund managers or retail investors can get it right. There is a wealth of research to show that cautious investors with consistent, diversified portfolios outperform those that try to predict market movements.

The lesson for retail investors from more than a century of stock market performance is that stock markets tend to grow and outperform other assets when you look at the longer-term picture. It seems likely that they will continue to deliver superior long-term results, even when the markets are spooked in the short term by trade war threats from US President Donald Trump or talk of land expropriation in South Africa.

We believe that a leading edge and optimal approach to managing a portfolio will blend passive, active, and smart beta investment strategies to deliver returns in the longer term while mitigating the risks of following a single strategy. A portfolio, in our view, should be diversified in terms of sectors, assets, and geographies in order to manage risk and reap long-term portfolio performance.

Although the investment world is often characterised by random events and unpredictability, it’s important not to allow short-term happenings to derail your longer-term investment strategy. Panic, not market volatility, is the investor’s worst enemy.