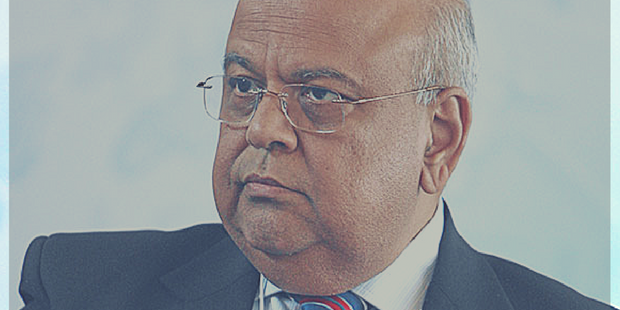 As you will almost certainly be aware by now, Jacob Zuma finally showed his hand last night with the cabinet reshuffle, including the firing of Pravin Gordhan and Mcebisi Jonas. There is no window-dressing in terms of this move – it is a dire and blatant action to remove the barriers that the patronage faction of the ANC has been facing within the government structures and the party through this cabinet reshuffle. Our view is that we’re now in a worse positon as a country than with Nenegate in December 2015, as Zuma will not be coerced into changing his mind this time and reversing the appointment.

There are only two silver linings on a day like today. Firstly, we at Dynasty, have positioned our local funds to the maximum regulatory limit in anticipation of this risk. Although this positioning has come at the cost of relative underperformance over the last year, we continued to re-examine the merits thereof and felt that it was a necessary measure of “due care” for our clients that we maintained this stance. While the rand has weakened by more than 9% since Monday morning, it has only reversed the gains of the last month.

What the chart below shows is that it could easily retrace to the R15-R16 per dollar range last seen in the middle of 2016. In the face of substantial rand weakness, the offshore exposure of the funds will help cushion the blow. 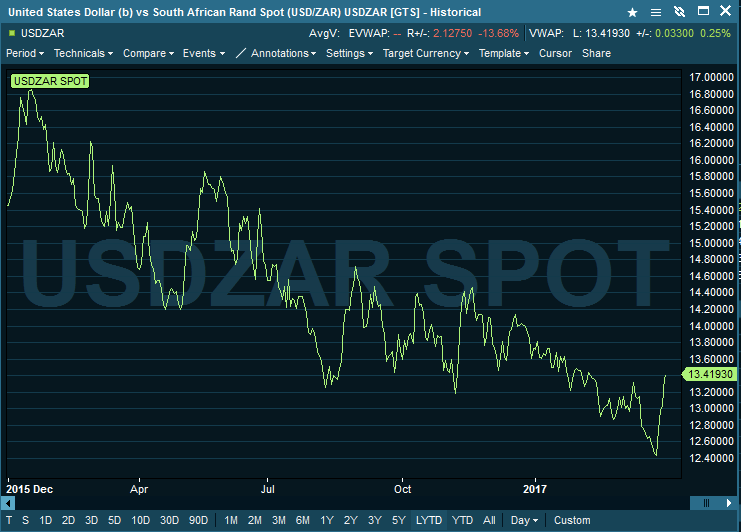 The other silver lining is that this move by the President could be the catalyst for change. Zuma’s ‘Night of Long Knives’ could well galvanise his opponents – both external and within the ANC. The secretary general of the ANC, Gwede Mantashe, has already today spoken out against the party leader and voiced his discontent. He described how Jacob Zuma had not consulted the other members of the Top 6 and had come with his list, in-hand, ready to be announced. A move such as this could easily lead to his not-so-premature demise.

While we will face much volatility as a result of this, our local equity market will be underpinned by the rand hedge component and not necessarily be sold-off en masse. This, along with our direct offshore exposure and overall composition of the portfolios, implies that there is no need to panic. It is our goal to have you invested such that we can withstand these periods of uncertainty and not have to react emotionally when facing them.