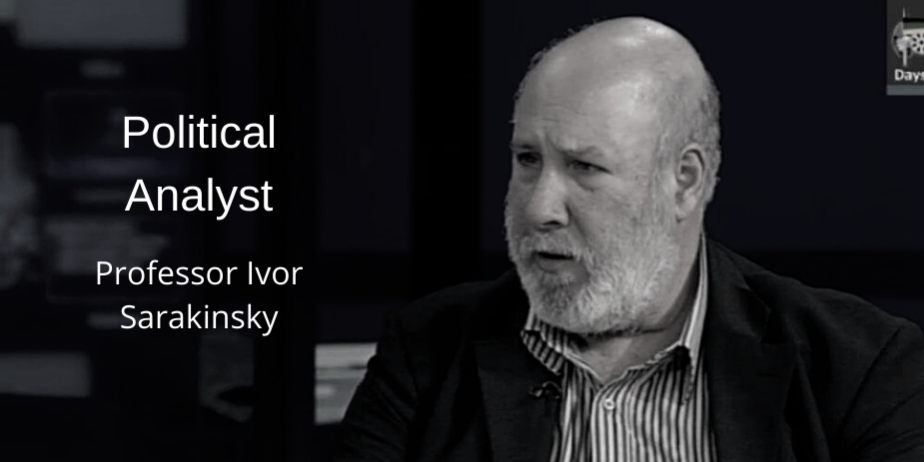 This article was written by Professor Ivor Sarakinsky – bespoke for Dynasty clients.

In times of the long knives, corruption is a double-edged sword. The factional battles within the ANC are now coming to a head as groupings fight for control, rather than the heart and soul, of the organisation. Who will remain standing, will there be a split, and what does this all mean for the ANC as the governing party in South Africa? What happens in the ANC impacts on Government and all citizens. President Ramaphosa’s missive to ANC rank and file members where he acknowledges errors and admits ANC corruption, is a critical juncture in this internal war. But it can go either way.

Before the President’s letter was made public and distributed, the ANC was rocked by three cumulative scandals. First, the rehabilitation of Limpopo leaders involved in the VBS bank heist. Second, the return to public office in the KZN Legislature of corruption-accused and disgraced former Ethekwini Mayor, Zandile Gumede. Finally, the exposure of ANC connected cadres involved in circumventing emergency procurement processes for Covid-19 goods and services while engaging in exorbitant price gouging. Patronage, corruption, malfeasance, and profiteering during a national disaster have amplified and exacerbated public dissatisfaction with the ANC, whilst the negative effects of lockdown, increasing unemployment, and business closure, have also contributed to this environment of discontent. The widespread dissemination in the media of #VoetsekANC could not have been missed by the ANC leadership and its management structures.

While these factors created the environment within which President Ramaphosa wrote his letter – almost as an act of desperation – the behaviour of the ANC’s National Executive Committee (NEC), the highest decision-making body of the organisation, is the key to understanding its significance. At the NEC meeting to discuss the rehabilitation of the VBS accused, Ramaphosa’s faction lost. A vague sentence about further consultation does not falsify the hard reality that those aligned to Radical Economic Transformation have a majority there and were able to rehabilitate the VBS enablers. This explains why Ramaphosa wrote his letter as ANC President, overstepping the NEC and branch structures, and appealing to ordinary ANC rank and file members to do the right thing and rescue the ANC from self-destructing.

For a leader with a penchant for slow consensus building and conflict avoidance, this is one massive gambit in that it takes the fight straight to his opponents within the ANC. Ramaphosa states that all ANC office bearers investigated for, charged with, or suspected of corruption ought to stand down. This is in accordance with the 2017 ANC Conference Resolutions. Ramaphosa wants the ANC to clean itself up without waiting for the criminal justice agencies, as he knows he cannot be seen to influence their decisions. ANC Secretary General, Ace Magashule, is tasked with drafting the list. The allegations of corruption against him fill up a book and are well known, resulting in a fox guarding the henhouse situation! Strangely, Ace has been called to appear before the ANC Integrity Commission, but not to answer the allegations of corruption. Instead, he is required to explain a statement he made about not standing down, despite accusations of corruption. The showdown will be at the NEC meeting over this coming weekend.

The last NEC meeting, where the VBS cadres were discussed, indicates what to expect. There will be much obfuscation and ‘whataboutery’ as claims and counterclaims are levelled against anyone on or off Ace’s list. The best form of defence is attack – extrapolate the principle to apply to everyone with no exception. Then present evidence showing that Ramaphosa himself is in breach of ANC ethical conduct guidelines. In this way, absorb the attack; roll with it; and neutralize it through kidney punches and even close knife work. Already, there are public statements to the effect that Ramaphosa’s 2017 campaign involved buying delegates with money from BOSASA and White Monopoly Capital as an instance of corruption where ANC policy was for sale to the highest bidder. The line of attack and defence is clear.

This strategy is probably an example of false equivalence, but Marikana and large sums of money flowing through other business accounts into the CR17 campaign are issues that cannot be ignored, and will be used ruthlessly to include the President of the ANC on the list of leaders that ought to stand down. While Ramaphosa has not stolen public and private money, he is compromised by receiving BOSASA money and other donations processed through business accounts. The more he has to defend himself against these claims, the more defensive he appears and the more he is on the back foot. This is never a good thing in a brawl. The risks of fighting political battles by weaponising corruption are high – to succeed one has to be more Catholic than the Pope. Ramaphosa has a chink in his armour and his enemies are going to exploit this to the fullest. Instead of weakening his enemies, he may have emboldened them.

While Ramaphosa is vulnerable within the NEC in terms of numbers and accusations, his standing outside the ANC remains resilient. He is seen by citizens as a popular leader and he carries the hopes of many on his shoulders. COSATU, his former organisation, has thrown its weight behind his ANC anti-corruption campaign and no doubt will expect a return favour on labour and employment policy at a later stage. With popular and trade union support, Ramaphosa is gambling on forcing his enemies to understand that they need him more than he needs them. Without Ramaphosa at the helm, the ANC is likely to perform especially poorly in the 2021 Local Government Election. Councillors, sometimes involved in local-level corruption, paradoxically need Ramaphosa to enable them to win their ward contests. If they lose, it is not just a salary that’s gone, but also the benefits flowing from the patronage that thrives within so many municipalities.

This intricate power balance, where external support is used to counter minority support within ANC decision structures, is not the silver lining it initially appears to be. Ramaphosa and his allies and enemies do not just have their eyes on the 2021 local government election. Instead, both, for different reasons, are keeping a clear focus on the 2022 ANC electoral conference. This is where the real fight for the heart, soul, and mind of the ANC will take place. Up until now, there have been skirmishes and fights. But the war will be won or lost at the battle of 2022.

What is not in Ramaphosa’s favour is the nature of the ANC’s leadership electoral system. Branches send delegates who cast a secret ballot. This means that delegates can rent-seek or be induced into voting in various ways. The quickest way to push the delegates into the enemy camp is for Ramaphosa to take decisive action against local-level corruption, the level where the branches and their delegates have the most power and influence. If all ANC card-carrying members voted for leadership, this would favour Ramaphosa. But that is not how it works.

The likely outcome of this delicate power-play is a typical Mexican Standoff where the actor that fires the first shot begins a protracted conflict that cannot be won, and which drags all the parties down through mutual collateral damage. No winner, no loser, and back to business as usual with a few mid-level cadres taking a hit, while the symbolism of acting against corruption from within the ANC exaggerates the real significance of such anti-corruption action. Both sides will regroup as 2022 looms.

Real and meaningful reform is unlikely to come from within the ANC. At best, its economic recovery plan will be a rehash of the best elements of all its previous economic recovery plans. Lamentably, the most powerful driver of reform is economic and social decline. As economic growth tanks and social discontent increases, the room for manoeuvre by the Government narrows. It is this pincer-like effect that really is, ironically, the silver lining that emerges out of all the clouds. Technical necessity as the way out of desperate times is increasingly breaking through the ideological and political agendas of government actors. The old adage that things can only get better after they have gotten worse, unfortunately, seems to apply!