The 2019 Elections: Changes in Political Risk? 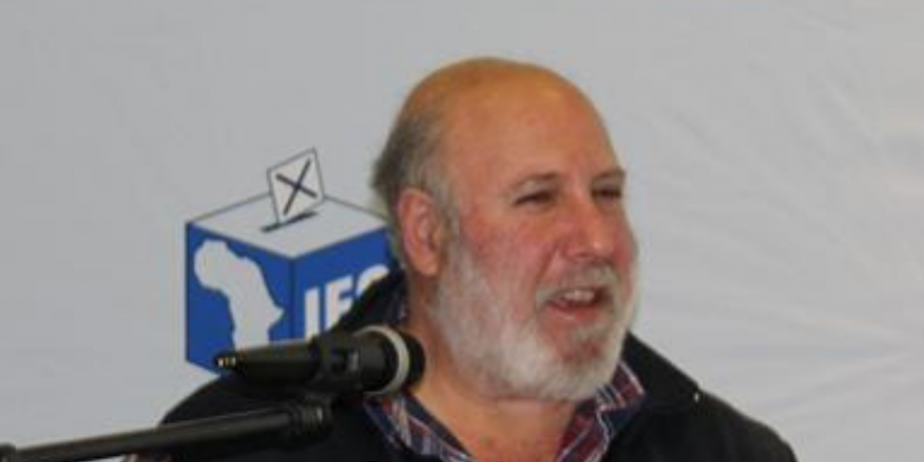 Ivor Sarakinsky has been Dynasty’s primary consulting political analyst for some years now, he teaches at the Wits School of Governance, has a PhD in Political Studies from the University of the Witwatersrand, and recently obtained his professorship. He has achieved much in his career — for example he was an expert for the ANC’s legal team in the Idasa case; previously served as Chief Director in the Economic Development Department, and his work has been published in reputable international scholarly journals as well as the EISA Election Update 2014.

The following research has been exclusively compiled for Dynasty clients. The views expressed in the article are not necessarily those held by Dynasty itself.

With less than a week to go before South Africans go to the polls in a watershed election, the need for clear governmental mandates cannot be more urgent. Whoever is in public office after 08 May 2019 must have clear policy objectives, despite a manifesto of promises, to drive the urgent issues of the economy: (youth) employment, healthcare, education, transport, housing and basic services. Behind the woolly promises of a generally populist election season, these are the issues that require attention if South Africa is to move forward or even regain the lost ground of the last decade.

Are the polls an accurate predictor of election outcomes?

The pre-election polls from IPSOS, MARKDATA and the IRR are somewhat schizophrenic, with diametrically-opposed electoral trends and outcomes. Such divergence in “scientific” polls casts doubt on their collective accuracy and credibility. A different approach to assessing possible electoral outcomes entails examining past voter behaviour by comparing elections and municipal by-elections in South Africa over time. The advantage of this technique is that it works with the electorate as a whole rather than a small sample of around 3500 respondents. Also, it works with real voting decisions made in secret rather than intentions collected in an artificial and face-to-face interview context.

Applying this technique with a projected voter turnout of 70.5%, down 3% from 2014, a likely national outcome could be along the lines of:

The EFF will increase support through an energetic and explicit populist campaign, but not to the extent they believe. They do not have sufficient support in all nine provinces to bolster their numbers to enable them to become the official opposition. The DA appears to be suffering the consequences of internal turbulence coupled to signs, from municipal by-elections, that some white regional voters are swinging to the FF+. This indicates dissatisfaction on the DA’s policy on Affirmative Action and it might result in lower white voter DA turnout, compared to 2014 and 2016. This decline may not be balanced by incremental, increases in black voter support in townships. The likely decline in DA support will have significant implications for the ongoing internal turbulence and leadership contests. The increase or decrease in support for smaller parties like the UDM, ACDP, COPE and IFP are hard to model as there are so many local variables. Similarly, the impact startup parties like Good, ATM and ACM are unknown. The significance of smaller parties may lie in coalition contexts.

The ANC is highly likely to hold its majority in the National Assembly. That this is the case is an indictment on the opposition who failed miserably to take advantage of a scandal-ridden, under-performing governing party. The only province at risk of a hung Provincial Legislature is Gauteng. The Western Cape will remain in DA hands, albeit with a reduced majority. In Gauteng, the drop in ANC support is stark, especially if the 2016 local government numbers are included. Despite local and national elections not easily being compared, the ANC’s longitudinal performance in Gauteng is:

Gauteng is thus too close to call. A high turnout in 2019 might result in the ANC holding its majority with 51%, but this will require the black township voter to return to the fold after staying away as a sign of dissatisfaction with the ANC in 2016. The 64 dollar question is can Cyril Ramaphosa bring those voters back into the fold or at least stop them swinging to other parties? Should Gauteng be hung, the prospects of a DA/EFF coalition seem unlikely due to both parties ratcheting up their mutual hostility on the campaign trail. The ANC has stated that it would rather go into opposition than form a coalition. If the ANC gets 48-9%, the possibility of an alliance, like in Ekhuruleni, with one or two smaller parties, dependent on the ANC, will become possible. Some factions in the ANC may favour a coalition with the EFF, but this seems unlikely despite public rhetoric from both sides. This coalition dynamic indicates the possibility of the EFF pulling the plug on the DA minority governments in Johannesburg and Tshwane.

Does a 60%-plus victory for the ANC necessarily guarantee a stronger Ramaphosa Presidency?

The ANC is in all likelihood going to hold its majority in the National Assembly, meaning that its leader will be voted in as State President by Parliament. This is the focal point for examining the political risks of another term for an ANC led Government. Contrary to some commentators, the strength or weakness of Cyril Ramaphosa’s Presidency does not depend on a higher than 60% victory for the ANC. It cannot be ignored that the higher the ANC vote, the more emboldened the corrupt and powerful could be. High support will mean that their malfeasance is tolerated by the electorate and that they do not rely on Ramaphosa to keep the ANC in power. This could fuel an attack in a National General Council in the near future or mobilisation to ensure that Ramaphosa is a one-term ANC and State President, by building support ahead of the 2022 ANC Elective Conference. Furthermore, power in the ANC sits in the National Executive Committee and the branches. It is far from clear that Ramaphosa has majority support at these levels. These factional battles will intensify as the clean-up progresses and the prospects of jail time for the corrupt come closer. His enemies might also be playing a long game! If anything, a lower result for the ANC may just expedite the dynamics noted above.

The public support for Ramaphosa, not necessarily for the ANC, coming from the business sector is creating a series of risks that are unintended. Business support may feed into his enemies’ beliefs of Radical Economic Transformation and White Monopoly Capital and thereby energise their fightback. In addition, the expectation that Ramaphosa will be able to take South Africa forward quickly and decisively shortly after the election is unrealistic and it is setting him up for failure and his supporters for disappointment. Ramaphosa will not be able to act outside of ANC structures and processes in governing post-election. He will have to build consensus, persuade and cajole his detractors into supporting a reform agenda. This is a slow process with successes and failures. Ramaphosa’s post-election performance is likely to be erratic, reflecting the ebbs and flows of the power balances within ANC structures. Ramaphosa might choose to drive reform as State President rather than as leader of the ANC. This would result in an accumulation of executive power that is undesirable based on recent experience. Also, this would exacerbate factional battles within the ANC and initiate a split with Ramaphosa not wanting to go down in history as the leader who divided the organisation.

Post-election, South Africa will look similar to the pre-election state of affairs. However, a larger opposition in Parliament will enable more accountability and oversight. This will be sorely needed. In his first State of the Nation Address, Ramaphosa promised the downsizing of Cabinet. This has not happened and now the Department of Public Service and Administration is saying, a few days before a major election, that the report on downsizing is not yet complete. Ramaphosa will not be able to hide behind commissions to trim his Cabinet. He will have to engage in face-to-face combat on this with the delayed blueprint for public institutions suggesting incremental change informed by compromise. Instead of clear and decisive leadership and policy, post-election South Africa is likely to be characterised by ongoing factional battles, slow and uneven reform, a discrepancy between public statements and actions.

Lastly, the debts, interest payments and cash flow problems of SOE’s will remain and may even increase. This will limit the fiscal resources available for executing the core initiatives required for meeting the needs of citizens, building the necessary infrastructure, and stimulating economic growth.