The Age of Uncertainty 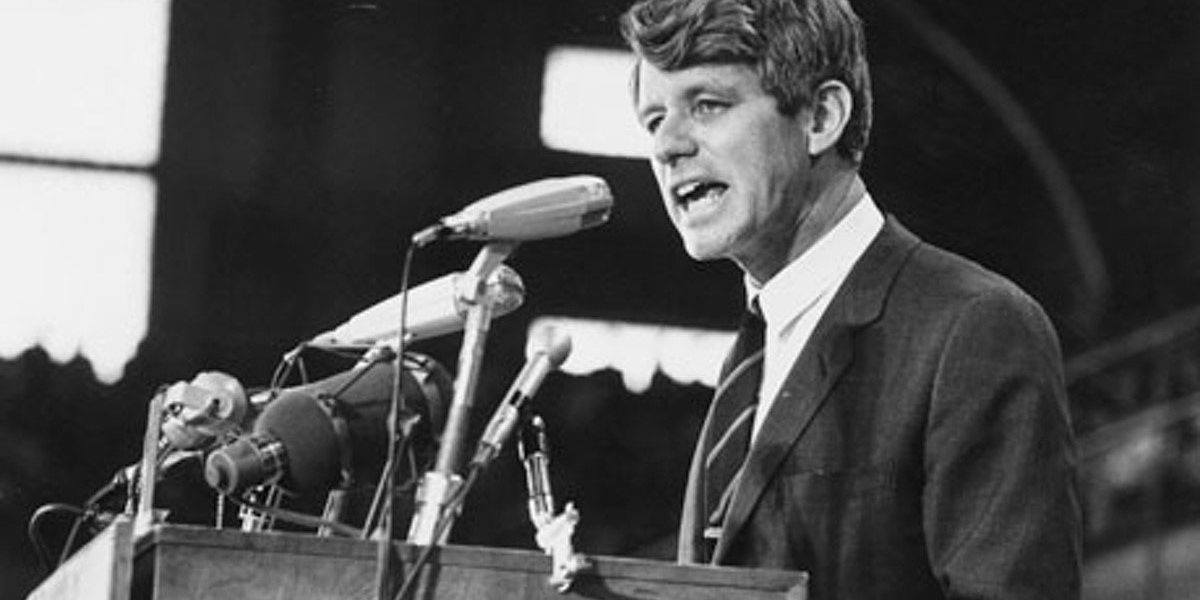 So perhaps it’s not unique for us to think that we are living in interesting times. In fact, precisely 50 years since these words were uttered in our country, in a speech which addressed some of the issues we were facing as a country at the time, they still seem to be very apt, not only about South Africa, but about the rest of the world.

Seeing the Rise of Populist Movements

The swelling of populist movements is being felt around the globe as ordinary citizens are demanding change.  The recently witnessed Brexit bore this out, despite many of the British clearly not understanding the impact as can be gleaned from the fact that there was a marked spike in UK residents searching Google for “What is the EU” in the days following the referendum results! The horse had already bolted.

While the optimists will point to the fact that the UK’s FTSE Index has surpassed its pre-Brexit levels by more than 5%, it needs to be noted that it’s only in sterling that this is the case.  Due to the 11% depreciation in the pound relative to the dollar since the Brexit result, in US dollar terms, the UK market is still more than 6% lower than its pre-Brexit levels.  Fortunately for Dynasty investors, our preferred global currency has been and continues to be US dollars.

On the other side of the Atlantic, the biggest economy in the world is facing a similar surge in populist thinking, as Donald Trump increases in popularity (and prejudice) by appealing to the same desire for change.

The Effects on Emerging Markets

Around the world the current “age of uncertainty” is playing out in ways not seen before.  As deflationary pressures mount and central banks lower rates in an effort to stimulate growth, a third of the world’s government bonds are now yielding negative returns. For instance, Swiss bonds are offering negative rates beyond 2050 and, the Fed continues to leave rates unchanged, first in sympathy with the rest of the world and then as its own jobs’ numbers and more recently GDP numbers began to disappoint.

This has led Emerging Markets (EM) to benefit from the global search for yield.  Both EM equities and currencies have reversed their dismal performance of 2015 and are the shining lights of 2016. In SA the rand has strengthened by 11% against the dollar since the start of the year, but not primarily due to domestic factors. The Russian ruble has gained more than 10% and the Brazilian real has improved more than 18%, by comparison using the same metric. The following chart shows how investors have not fully regained confidence in SA since the Nenegate shock in December 2015 which has, at best, only moved in line with other EM countries. 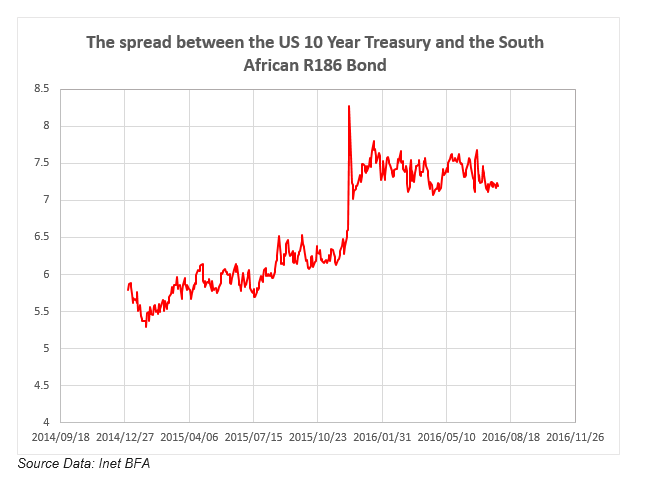 The chart illustrates the spread between the US 10 Year Treasury and the South African R186 (also approximately a 10-year bond), which is effectively the premium in yield that investors require in order to hold SA bonds over US bonds. The spike in December relates to the firing of the Finance Minister and the partial reversal in the spread to the re-appointment of Pravin Gordhan.  The average spread for the first seven months of 2016 has been 7.40%, with the spread remaining at or around 7% even post the recent election results and the rand trading below R13.70/$.  This depicts that, despite all three major rating agencies holding the SA foreign rating at investment grade and the recovery in the rand, there has been a 1 – 1.5% increase in the cost of funding for SA as a result of Nenegate and we have yet to witness a reversal thereof.

We at Dynasty have been consistent in our view that the majority of the moves in the rand are not South African specific. Obviously extreme events, such as those mentioned, will cause a reaction, but, in our view, we have not seen the rand appreciate in 2016 as a result of any improvement in local factors – other than post elections. This is especially relevant as we have witnessed the economic fundamentals and growth outlook deteriorate.

We feel many of the known external risk factors, including increased global uncertainty, a lack of belief in the commodity price recovery, Chinese GDP growth slowing, a lack of clarity on the future of the Euro Zone and the possibility a Trump victory, are all likely to have a negative impact on higher risk EM jurisdictions, such as SA.

We also continue to be in, at best, an uncertain political environment in SA.  The local government elections have been very interesting and have perhaps restored some faith in the democratic process. However, as the coalition talks unfold over the next two weeks, the three major Gauteng metros are on a knife’s edge. The EFF, in their king-maker position, may prove overly influential and therefore lead to further uncertainty.  Moreover, these collation negotiations could extend to the national leadership of the various political parties and therefore have a profound effect on policy direction and the country’s presidential appointment in 2019. 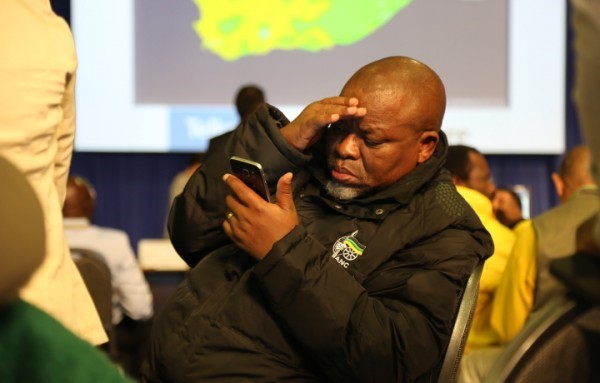 There are also reports of a potential cabinet reshuffle, now that the elections are out of the way, with particular concern regarding senior positions in the finance ministry. With President Zuma digging in and reinforcing his power base, we see continued risk that the ANC succession battle will be won by a Zuma loyalist and thus not bring about an end to the patronage and corruption scourge.

Positioning of the Dynasty Portfolios

Taking into consideration the above risks, on the local front, we continue to be positioned for a weaker rand with the maximum offshore allocation.  We had, however, identified in June that at R15.63/$, there was a possibility of short term rand strength as a result of external factors and a reversal in EM fortunes, which led us to placing a currency hedge as an overlay on our two funds of funds, with an objective to partially protect our investors against potential currency strength.  This strategy was rewarded towards the end of July when we unwound the hedge (albeit a bit prematurely in retrospect), with the view that on balance the rand was likely to depreciate from these levels. This trade locked in a profit of just over 1% for the funds, without having to reduce exposure to any of the underlying investments.

With the rand strengthening by 5.8% against the dollar in July, our local portfolios showed very strong performances in dollars, but, due to our foreign overweight positon, returns were muted in rands.  We, however, remain very comfortable with the positioning of the local funds for the reasons mentioned above, as well as part of a risk mitigation strategy which sees the foreign exposure as a diversifier against South-African-specific risk. This prudent view is shared by all clients that we have met with over the past year.

On the offshore side, July was an exceptionally strong month for all our foreign portfolios, with the Coronation Global Managed Fund in particular returning 5.68% in USD. This was followed by the Nedgroup Investments Global Flexible Fund at 3.17%, the Coronation Global Capital Plus at 3.13% and the Investec Global Franchise Fund at 1.7%.  All four funds have delivered pleasing USD returns for 2016, in the context of a Developed Market environment where interest rates are at or below zero.

Times of uncertainty will continue to challenge us as an Investment Committee.  Our offshore weighting may dampen returns when the rand is strong, as it was in July, but, as mentioned, we believe that, given the structural flaws and uncertainties in the domestic environment, a full offshore weighting is appropriate. Similarly, we favour Developed Markets as a more stable option to Emerging Markets abroad, notwithstanding the cyclicality caused by the short term uncertainty.