But this Time is Different?! 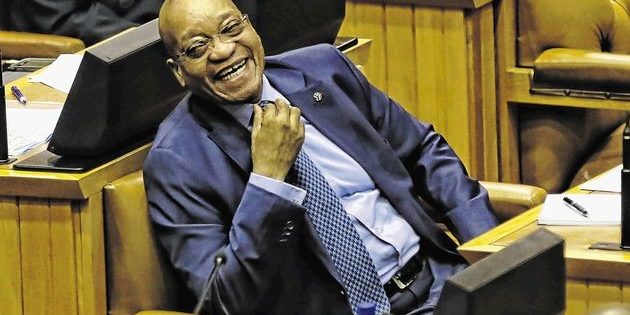 Just when we thought it was safe to confirm that things had settled into a “new normal”, it seems perhaps they had not, the “old normal” is back and, to quote a cliché, the only constant is change.

For a number of years, we had settled into a rhythm whereby commodity prices were declining, the dollar was strengthening, emerging markets (EM) were under pressure and interest rates were falling.   Periods like this make investment strategy seem simple – go with the flow until the direction changes. But when change eventually occurs, up to what point would one wait before the direction is actually confirmed? For example, would the recovery rate be a 10% retracement, 20% or even 30%!?

Over the last few months we have witnessed dramatic turnarounds in a number of areas: the rand has gained over 15% against the dollar (even more if one includes intra-day spikes), amidst a period of political turmoil which included the President being found guilty of breaching the Constitution and surviving an impeachment motion; a “blue chip” stock like Anglo American bouncing 213% in rand – and even more (260%) in dollars within the space of three months; EM equities recovering the most in 4.5 years – more than 13% in a single month; and it’s the now Brits, not the Greeks, that are potentially exiting the European Union.

These events have led to immense changes in fortunes amongst the asset managers. Funds that have been languishing in the wilderness for years are now topping the ranking tables with daylight separating them from the rest of the pack, while ‘boutique managers’ whose track records are shorter than the length of the most recent market cycle find themselves at the opposite end of the spectrum, wondering if “their cheese has been moved” …or not.

The following chart depicts how the performance of local managers has completely inverted so far this year as compared to 2015. The top-ranked 2015 managers and some of the lowest ranked 2015 managers in the General Equity sector are shown with their 2015 performance in blue. The 2016 YTD performance are illustrated in red, with the peer-relative 2016 ranking in text on the bars. 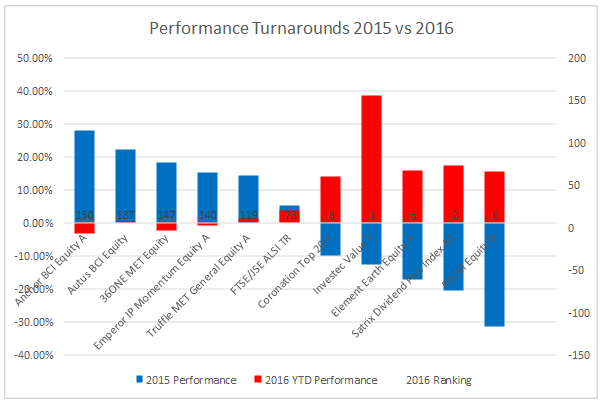 What this chart shows is that the top 5 managers of 2015 are currently facing sharp underperformance and thus ranked in the bottom quartile, while the worst performing managers of 2015 are currently ranked from 1 to 8 in the sector. For example, the Investec Value Fund has returned almost 40% in the first three months of this year! It’s only really the ALSI that has shown reasonably positive performance over both periods. 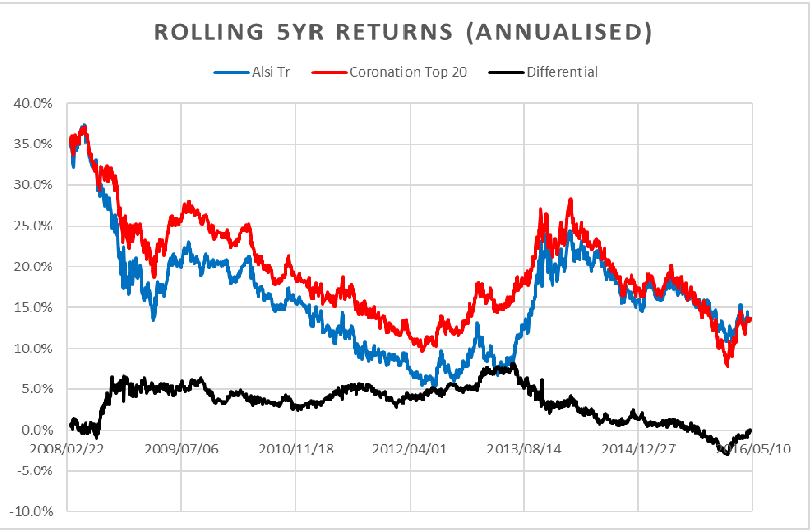 What this shows is that the Top 20 had managed to consistently outperform the ALSI over 5-year periods until the middle of September 2015. From this point it faced dramatic underperformance until 21 January 2016, at which point it had underperformed the ALSI by 3.2% per annum over the prior 5 years. 21 January was a significant inflection point for global markets in general and led to a turnaround in the Top 20 Fund, which has outperformed the ALSI by 18% in the three months since! This implies that, as at 28 April 2016, the Top 20 had closed the gap and has now ever-so-marginally outperformed the ALSI over the last five years.

This demonstrates how the comparative performance of funds can adjust very quickly.

As global capital markets switch from “risk-off” to “risk-on” seemingly at the drop of a hat, or on the back of the US Federal Reserve contemplating a more measured approach to raising US interest rates, it leaves one wondering whether a change of approach is needed. Fortunately, the Dynasty philosophy has always been to construct clients’ portfolios to have the appropriate asset allocation for all market cycles. We know that there are going to be times when it would be better to be either more or less aggressively positioned, but what the last few months have proven yet again, is that the shifts between those times can be quite unexpected and equally as violent. We therefore anticipate periods of out- and underperformance from our funds and managers, but need to ensure that the overall risk and return experience is in line with your investment objectives.

This can be illustrated in the following chart which shows how the Dynasty Accumulator Portfolio was much less volatile than its ALSI benchmark, as it depreciated by 34%, as opposed to 49% during the Global Financial Crisis of 2008/2009. 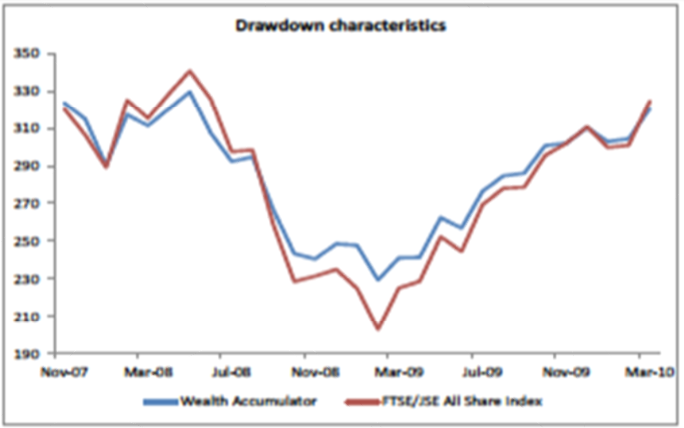 Going forward, we believe that the construction of our portfolios would provide a similar level of protection if we were to observe a major sell-off in equity markets.

Currently there is good news in that the performances of all of the funds held by Dynasty clients were exceptionally strong in March and into April: Locally the Dynasty Wealth Accumulator Fund produced a 5.9% return in rand for March, despite the month’s rand strength causing the offshore component to underperform and thus weigh on the overall Fund’s performance. The Dynasty Wealth Preserver Fund also enjoyed a strong showing in March, returning 1.86% in rand which is an acceptable performance, given the conservative nature of this Fund, and especially since this Fund was also impacted as a result of rand strength.

With reference to the rand, the 7% recovery seen in March, implies that, for a change, the dollar returns of the local funds look substantially better than in rand, meaning that South African assets strongly outperformed their developed market counterparts in dollars for the month.

Within a global return context, recovery in emerging markets saw our selected Coronation Global Managed Fund delivered an 8.5% return in dollars for March, while the more developed markets focused Investec Global Franchise Fund and Nedgroup Global Flexible Fund delivered returns of 5.66% and 4.5%, respectively, in dollars, for the month.

In our many years of experience, ‘this time is indeed no different’ to previous occasions when investors should not have been tempted to follow the “flavour of the month” in terms of asset manager, fund and sectoral selection. In fact it is very possible that yesterday’s winners may end up as ‘bottom quartile’ performers following sustained periods of out performance, and that conversely yesterday’s losers may end up with ‘top quartile’ rankings following sustained periods of underperformance.

Our conclusion therefore is that solid managers with proven track records, as selected by our proven research process, can indeed outperform their respective benchmarks over the long-term.

Disclaimer – This message contains privileged and confidential information intended only for the use of the addressee named above. Any review, retransmission, dissemination, copying, disclosure or other use of, or taking of any action in reliance upon, this information by person or entities other than the intended recipient is prohibited. If you have received this message in error, please notify the sender by return email and delete this message. This message should not be copied or used for any purpose other than intended, nor should it be disclosed to any other person. Any views expressed in this message are those of the individual sender, except where the sender specifically states them to be the view of Dynasty. This report is proprietary to Dynasty and you may not copy or distribute the report without the prior written consent of the author/s. Dynasty makes no undertaking to update the views expressed herein, and investors should consider this report as only a single factor in making an investment decision. Dynasty is not liable for the security of information sent by e-mail at your request, nor for the proper and complete transmission of the information contained in the communication nor for any delay in its receipt. Please note that the recipient must scan this e-mail and any attached files for viruses and the like. Dynasty accepts no liability of whatever nature for any loss, liability, damage or expense resulting directly or indirectly from the access of any files which are attached to this message.