To win when investing, don’t be swayed by short-term market movements 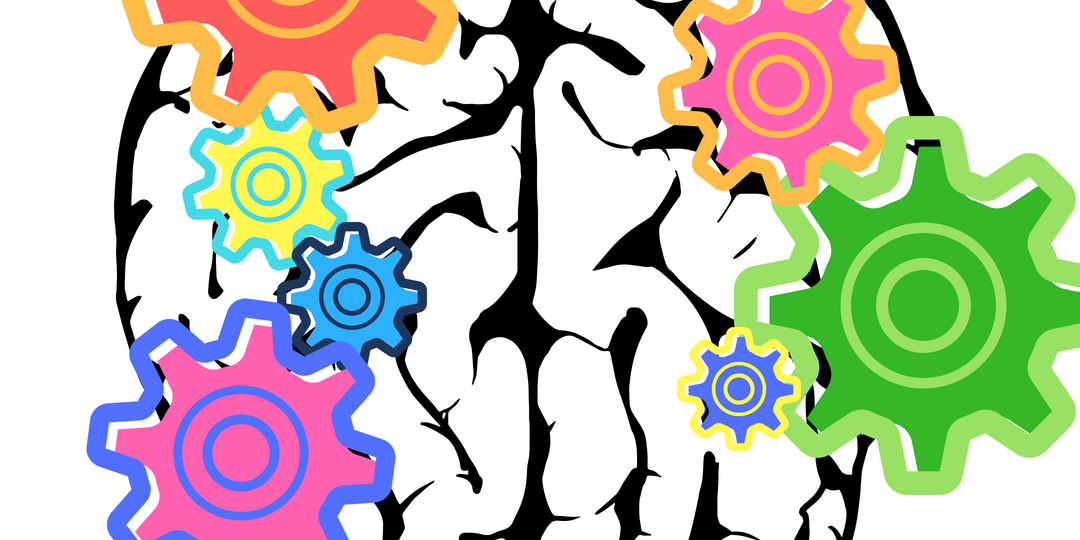 The good news is that we can all improve our decision-making when we understand the mostly unconscious thought processes that lead us to make poor choices. One of the most common mistakes we see, even among well-informed and sophisticated investors, is the pursuit of quick wins and the aversion of short-term losses rather than adhering to a stable, long-term investment strategy.

Behavioural economists and psychologists might explain such behaviour in terms of ‘cognitive biases’ – a mistake in reasoning and evaluation that we make because we look at the world through a subjective lens rather than making a reasoned decision. The biases that might prompt one to postpone investing during periods of market weakness, or to exit investments based on short-term factors, include:

Most of us are likely to experience the pain associated with a loss more negatively than the pleasure of an equivalent gain.

We usually place more value on recent news than on older information. This can be toxic when mixed with negativity bias.

Though few of us like to admit it, people tend to follow what the rest of the crowd does. When there’s panic in the markets, it’s infectious and everyone starts to sell their holdings.

Investors sometimes imagine they understand the markets well enough to get better returns than a tracker instrument, an investment professional or a managed fund.

For example, when we look past these biases, the facts reveal that it is better to remain invested in a fund for the long-term than it is to switch between the same funds looking for better performance. This graph from Prudential shows, through a selection of the most substantial balanced funds in South Africa, that the average investor in each of the funds received a return that was 3.5% lower per annum than the fund return. This is due to the fact that the size of the fund increases after good performance and decreases after poor performance as investors chase short-term gains. The cumulative effect of this bias implies that the average investor could have received 68% more over the average 16.6 year period by not switching between funds. 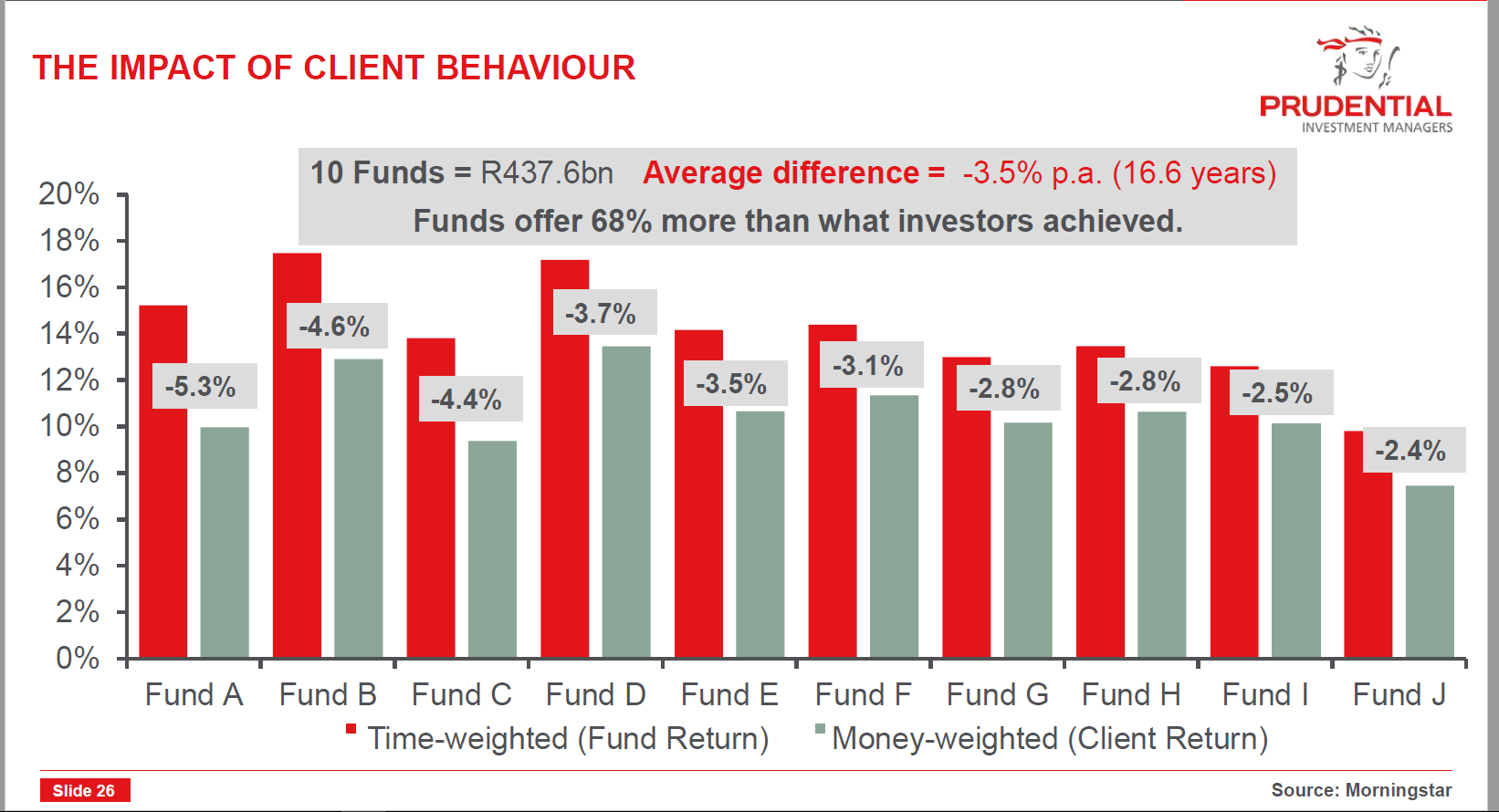 A theme we regularly return to is that markets and currencies are inherently volatile and even investment professionals are generally not able to buy and sell financial instruments in a manner that they consistently invest at the bottom of the market and take profits at its peak. Our advice is always to have a diverse portfolio that helps you to mitigate risk while producing good returns.

Switching funds to trim losses or maximise returns in response to bull and bear runs is not an effective strategy for most investors. The usual result is to lose out on future gains while taking the pain of the immediate loss. This effect can be particularly strong when people try to pick shares and stocks themselves rather than investing through a fund or an advisor.

Our role as your advisor is to help you overcome these pitfalls and biases and thereby to add significant value over time.