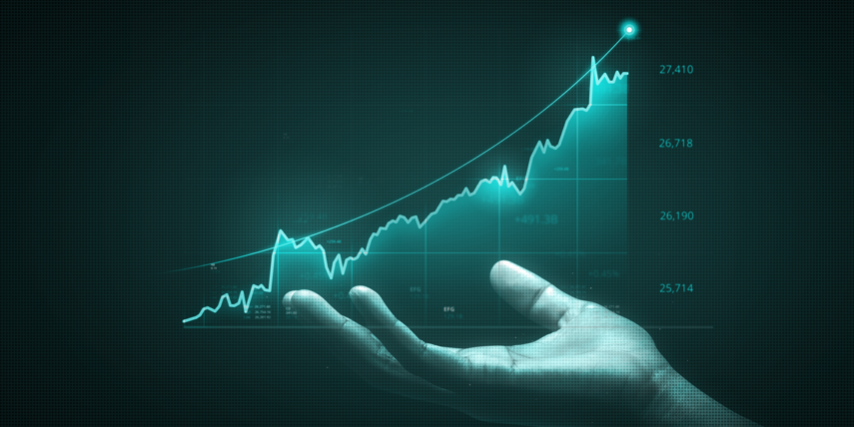 The book The Wisdom of Crowds by James Surowiecki refers to the idea that large groups of people are collectively smarter than individual experts when it comes to problem-solving, decision-making, innovating, and predicting. This is especially relevant as it pertains to financial markets, but there is an important caveat that participants in the crowd need to be diverse and have an incentive for markets to function efficiently.

Global markets sold off heavily in January after hawkish statements by the Fed following the release of higher-than-expected inflation numbers in the US. Indiscriminate selling appeared prevalent but was perhaps justified in certain instances where company-specific financial results disappointed. Meta, Netflix and PayPal were high-profile examples.

Yet, within the theory of The Wisdom of Crowds, a divergent view is emerging that points towards a continuation of high earnings growth on the S&P, even within the higher inflationary environment. The relevance of the theory may also be applied to the context of Bloomberg’s consensus earnings forecasts, with expected earnings growth of 20% one year out for this index.

Taking it a step further and from an empirical angle, Dynasty-sourced research shows that the S&P tends to gain in the six- and 12-month periods following the first hike in most interest rate cycles. Perhaps it was these factors that caused the S&P to recover by 4% since the late January lows. Meanwhile, the JSE has achieved all-time highs, having already gained 3% since 31 January.

This leaves us with the question of current valuations and whether markets are expensive by historic standards. Currently the S&P is on a forward P/E of 20.4x, whereas the JSE is somewhat cheaper on a forward P/E of 11.4x. These numbers compare with their long-term means of 18x and 13.2x respectively, inferring that US shares, while not cheap by historic measures, are significantly less stretched than they were in 2020 at 27x. While local shares appear to be offering value, it can be argued that the historic multiple of 13.2 factors in a period when SA was rated as investment grade.

“We don’t prognosticate macroeconomic factors. We’re looking at our companies from a bottom-up perspective on their long-run prospects of returning.”

– Mellody Hobson, President of Ariel Investments. (The quote urges investors to look for quality companies with the strength to make it through challenging economic environments)