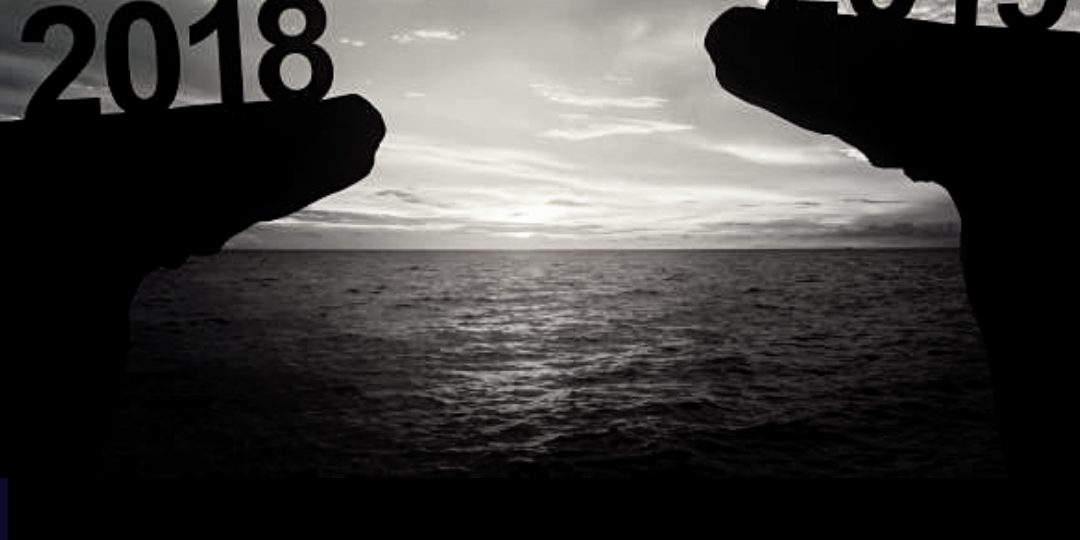 Global equities ended 2018 down, with South Africa’s JSE experiencing an especially tough year. The All Share Index was down 8.5% in rand terms and 21.3% in US dollars, while locally listed property fell 25% in rand. Even traditional rand hedge shares such as Naspers (down 16%), Anheuser (-28%), and British American Tobacco (-41%) had a rough year.

Of the seven sectors on the local equity market, the only sector to end the year higher than it started was basic materials (mining), which was 15% up. Notable performers in this sector included BHP Billiton (up 28.1%,) and Anglo American (up 31.6%), with the sector getting a boost from a 16.1% weakening of the rand against the dollar in 2018.

South African bonds at +7.7% marginally outperformed cash at 7.25% for the year.

Looking offshore, a negative December in global equities markets resulted in a weak final quarter and poor dollar returns for the year:

Commodities markets also ended the year on a weak note, with oil prices down 20% for the year, despite a strong rally during the year, while global bonds dropped slightly on rising interest rates, to return -1.2%, below US  3-month cash at 2.1% in dollars.

Our local funds outperformed their benchmarks with the Preserver up 2.9% and Accumulator down 4.8% compared to a market drop of 8.5%. Among our offshore funds, the Investec Franchise and Fundsmith funds outperformed their benchmark with returns of -4.9% and -3.9%, respectively, compared to a MSCI ACWI fall of 8.9%. However the Coronation and Nedgroup funds, whose benchmark figures have not been finalised as yet, have underperformed.

2019 commences with all of the same issues that ended 2018 hanging in the air: trade tensions between the US and China, the prospect of the UK making a messy exit from the European Union, interest rate increases in the US, and rising populism in Europe. On the local front, uncertainty will prevail at least until the national elections in May.

Leaving aside geopolitical factors, the world economy looks like it is in remarkably good health for such a volatile climate. The IMF has downgraded its global growth forecast by 0.1% for 2019 to 2.9% from 3.0%, but we are still in a period of synchronised global growth, reflected in healthy corporate earnings growth, particularly in the US.

Earnings per share for the S&P 500 are forecast to rise 17.22% for 2019, while the rest of the globe, represented by the MSCI ACWI excluding US Index is forecast to see a 10.3% increase in earnings per share for the year. As the charts below illustrate, a price-earnings ratio of 17.65 for the S&P 500 and of 13.39 for the MSCI All-Country World Index are not high compared to historical peaks. In other words, stocks are not expensive right now by this metric. 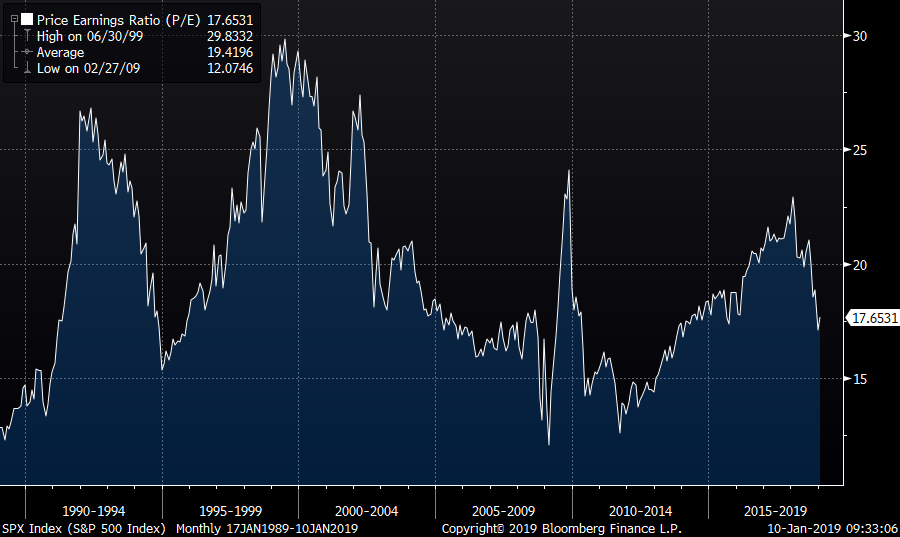 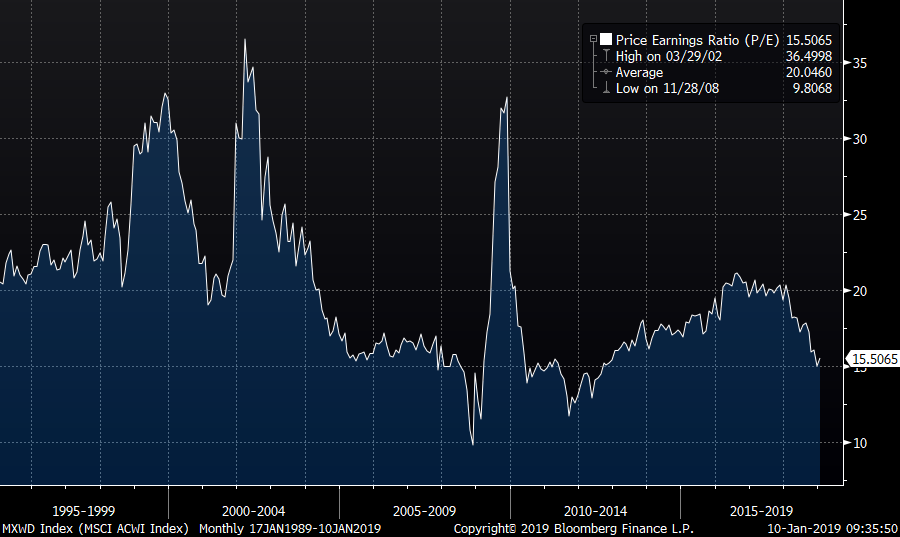 We are not anticipating a global recession or a bear market, and thus see periods of market weakness as a buying opportunity. Our position remains biased towards offshore markets—particularly developed countries — because we anticipate rand volatility in the lead-up to the elections and wider volatility in emerging markets as a result of geopolitical factors.

We remain underweight bonds and property, both globally and locally, due to factors such as increasing interest rates and political uncertainty, and therefore prefer to be overweight both global and local cash.

If local elections proceed smoothly and deliver a strong mandate for President Cyril Ramaphosa’s economic reforms and corruption cleanup, we may see an immediate strengthening of the rand (Please refer to Professor Ivor Sarakinsky’s article, New Dawn, New Year, & Old Politics: Dynamics & Prospects for 2019, which highlights South Africa’s political risks). However, this Ramaphoria ‘2.0’ may last as briefly as did the elation following Rampahosa’s displacement of Jacob Zuma as state president. South Africa’s economy does not have the structural underpinnings to outperform and changing this reality will be a long-term project. Investing offshore enables our clients to diversify away from South Africa’s risks. We also believe South African investors must invest abroad to take advantage of global growth opportunities and to diversify their holdings into quality companies around the world.

Fortunately, January has started on a positive note with markets up between 2 to 4% and so here’s to a prosperous 2019—we are confident due to our quality bias, that we are well positioned for whatever the markets may bring, especially over the medium-term

Market Update: A quarter of ups and downs for global markets
October 2, 2020