Be cautious in becoming complacent with current rand strength 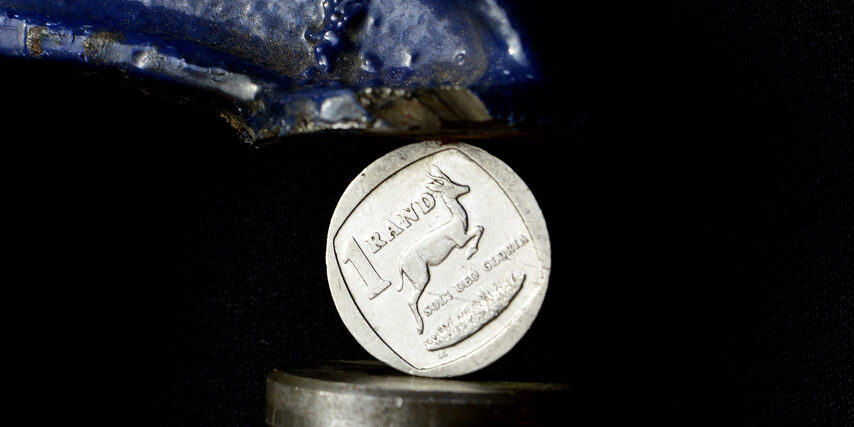 A consideration expressed by almost all our domestic clients when progressing their wealth externalisation strategies, is around whether the prevailing exchange rate is at an acceptable level for currency conversion purposes. In addressing this issue, we consider many factors including the historic long-term trend line (which empirically illustrates rand depreciation of on average around 5% per annum over a 30-year period), together with extensive political and economic research. To then eliminate emotional or confirmation biases in our decision-making process, we make extensive use of a proprietary “Currency Decoder” model developed by Dr Lance Vogel, Chief Investment Officer at Analytics Consulting, who is also represented on Dynasty’s Investment Committee. The model is updated on a weekly basis and can measure the attribution of various factors – both global and local – to determine a ‘fair value’ level for the rand at any given time. This is then compared to the actual exchange rate which graphically illustrates the extent to which the currency is trading at a discount or premium to the model’s fair value.

Notwithstanding the guidance of the above quantitative currency research, the article below – compiled by Analytics Consulting FX Solutions – focuses on the surprising rand strength so far this year, and the reasons why a continuation of this trend is more likely to be transitory in the face of unchanged SA fundamentals and global forces.

Reasons not to get complacent with the rand strength

Towards the end of 2021, many emerging market currencies came under renewed pressure against the US dollar, accentuated by the prospect of more aggressive US Monetary Policy tightening. This was especially evident among the more vulnerable emerging market currencies, including Chile, Columbia, Thailand, Peru, Hungary, Brazil and South Africa (Turkey and Argentina have exceptionally weak economic fundamentals, largely due to bad political decisions). It can be argued that all these currencies were oversold in late 2021, although some of the weakness in the rand and the Brazilian real was mitigated by higher interest rates and the prospect of further rate hikes, especially in South Africa.

In contrast, during early 2022, we have seen the rand/USD strengthen from an end 2021 closing rate of R15.95 to the current level of R15.32/USD – a gain of 3.9%. This gain, together with the relative currency strength in Hungary, Chile, Peru, and Colombia is largely viewed as opportunistic trading of a range of oversold currencies. In particular, nothing has changed in South Africa’s economic fundamentals to signal sustained rand strength.

While the rand has performed especially well in the first half of January 2022, after having been oversold in late 2021, there are a range of factors that make us cautious regarding the rand performance during 2022. These include:

In the short term, there may be further opportunistic buying into the rand and other oversold emerging market currencies. However, based on the above factors, there is little reason to expect the rand to continue to strengthen over the medium term (three to six months). Nothing fundamentally has changed. Moreover, hikes in South Africa interest rates were priced into the market last year. The above four factors will, most likely, keep the SA rand on the backfoot, unless we see the government progressing on policy promises and reform.

The Analytics Currency Decoder now has fair value at R15.27/USD. It has moved lower from the level of the previous six weeks on the release of US inflation this week.

As Dynasty, we note that over the long-term, the rand tends to trade weaker than the Decoder’s fair value model and, therefore, current levels should not be ignored by our domestic investors looking to increase their offshore exposure.

In conclusion, although short-term positive momentum may continue for the rand, a tightening monetary policy by leading central banks, accompanied by unchanged SA economic fundamentals, are in our view not supportive of sustained rand strength. In addition, as with Turkey and Argentina, we believe that poor political decisions ultimately lead to significantly weaker currencies and thus global investors’ tolerance of SA’s impasse will not last indefinitely.