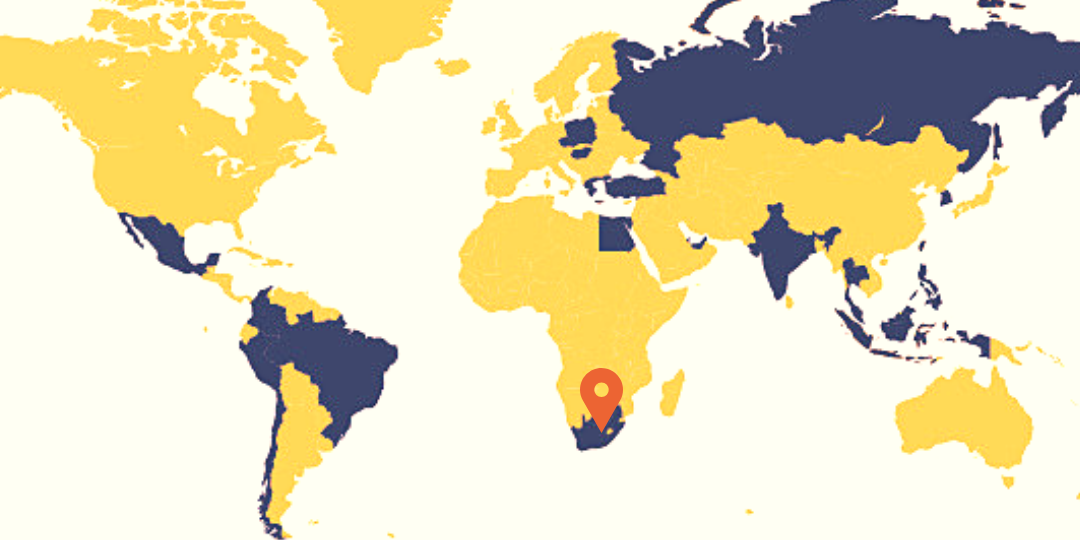 The news that South Africa has moved into a technical recession has rattled the rand and the local stock market at an already volatile time. As we survey the market, we find it helpful to look at the circumstances causing the rand to weaken as well as what has happened in other periods of rand volatility.

It’s important to separate the local factors moving the foreign exchange rate and the markets from the international influences. The rand is subject to many forces beyond South Africa’s control, as we can see from the fact that the Turkish lira, Russian rouble, Argentine peso and the Indian rupee have also all performed badly against the US dollar this year.

One reason for the near-universal turmoil in emerging markets is an outflow of funds from their bond and stock markets as the interest rate in the US continues to tick higher. Another factor is emerging market contagion – with Turkey and Argentina facing economic crises of their own, many funds have lost their appetite for riskier assets and are shifting money to safe havens like US Treasury Bonds.

As a highly liquid currency, the rand would be in pain right now, even if South Africa did not face multiple political risks and uncertainties. Yet it’s also important to note that the rand is the second worst performing emerging market currency in the world right now behind the Turkish lira, which indicates that local factors are also playing a part in the decline in the value of the currency.

Weak GDP growth is certainly one factor in the weak performance of the rand, with the drought in the Western Cape and the continued decline of the mining industry dragging down economic performance.

Not only is the country currently in a technical recession, it has experienced several years of lacklustre growth.

Is the land expropriation debate a factor in rand weakness?

It is harder to quantify the effect that the current debate about changing the constitution to explicitly allow expropriation of land without compensation is having on the rand and the wider economy. When the ANC recently withdrew a land expropriation bill passed by parliament, the rand briefly spiked in value, indicating that investors and traders are concerned about the topic.

However, we don’t yet see the land expropriation debate as a major factor in the value of the rand, since the finalisation of the parliamentary process to change the constitution is likely months or even years away. Though the uncertainty may discourage some long-term fixed investment, the value of the rand is more dramatically affected by short-term portfolio inflows and outflows.

If the downgrade takes place, South Africa will be removed from the World Global Bond Index and many funds will be forced to withdraw their money from our bond market. This could cause an immediate outflow of up to US$10 billion dollars from local markets, leading to more currency weakness. Some of this bad news may already be priced into the market, so it’s hard to call where the rand may end this year.

It is always difficult to call a top or bottom for the value of the rand when it goes through one of its turbulent stretches. As the chart below shows, however, it tends to overcorrect in both directions in response to sentiment about South Africa and emerging markets in general. At some point, the rand will strengthen again, but not until we see more positive sentiment towards risk and emerging markets from global investors. 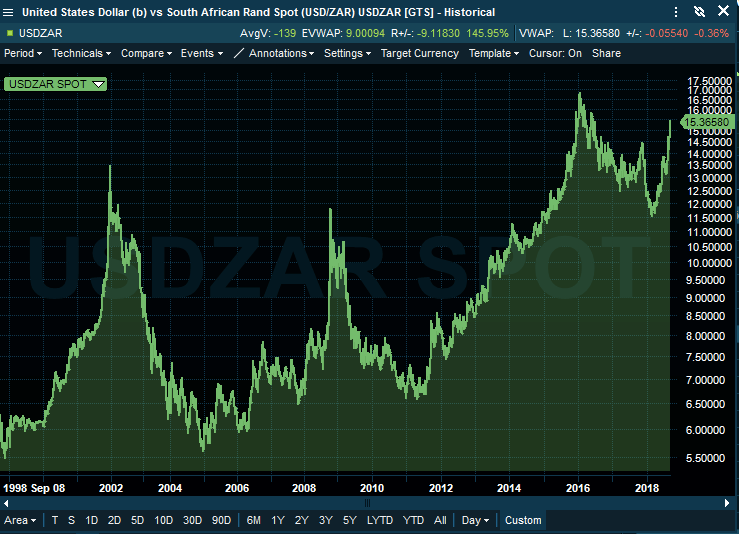 The rand against the US dollar over the last twenty years

Our stance at Dynasty has protected our clients’ investments through diversification into offshore markets. We have used the full offshore investment allowance for all local funds and have externalised discretionary funds for clients for years. This strategy is not only about protecting clients from South African market risks, but also exposing them to global investment opportunities.

We remain underweight in global and local bonds and property, and overweight in global equities and cash. This positioning remains appropriate for the current market conditions – as we have noted in earlier communications this year, we are positive about economic trends in the US and the performance of global equity markets. We believe that our approach will continue to deliver returns above our benchmarks for clients, even during a time of uncertainty.